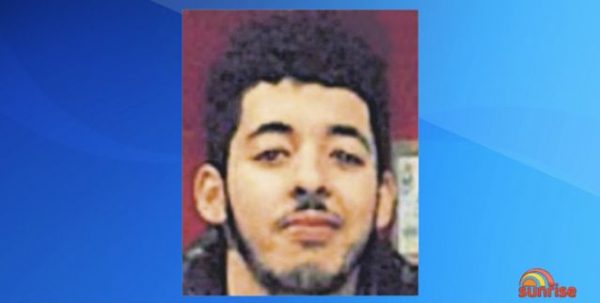 Manchester bombing suspect Salman Abedi, 22. He was born in Manchester, but his parents came from Libya. Source: The Sun
Share:

Soldiers will be deployed to key sites in Britain to boost security as the country raised its terror threat to the highest level on Tuesday in the wake of the previous night’s deadly attack on a concert venue in Manchester.

At least 22 people, many of them children, were killed when a suicide bomber blew themselves up at an Ariana Grande concert at the Manchester Arena on Monday night.

At the same time, police launched a major manhunt for possible accomplices. One 23-year-old man was arrested in a series of raids across Manchester.

Addressing the nation from her Downing Street residence, British Prime Minister Theresa May said that the possibility “that there is a wider group of individuals linked to this attack” could not be ignored as she announced the raising of the terror threat level to “critical”, meaning a further attack could be imminent.

May said armed police who would usually protect strategic points would be replaced by members of the armed forces.

“This means that armed police officers responsible for duties such as guarding key sites will be replaced by members of the armed forces, which will allow the police to significantly increase the number of armed officers on patrol in key locations.”

“You might also see military personnel deployed at certain events such as concerts and sports matches, helping the police to keep the public safe,” she said.

The terror threat level was previously set at “severe”, which means an attack is highly likely.
Home-grown terrorist

Monday night’s attack, which also left 59 people wounded, has been claimed by the Islamic State (IS) group, though a top American intelligence official said that this claim could not be verified.

Reporting from Manchester, FRANCE 24’s Duncan Woodside said the suspect was born and brought up in the city.

“He is from Manchester, although reportedly of Libyan heritage: his parents came from Libya,” he said.

FRANCE 24’s Woodside added that although the police branded it a suicide attack, “there is a theory that perhaps the bomb went off in a context where he was trying to leave the bomb somewhere, so there is still a lot of uncertainties surrounding this case”.

British electoral rolls listed Abedi as living in a modest red brick semi-detached house in the Fallowfield suburb of Manchester — which houses a large number of students from the prestigious University of Manchester — where police performed a controlled explosion on Tuesday afternoon.

Neighbour Natalie Daley said she was terrified when she heard a loud bang, then police yelling, “Get in your houses – get away from the windows!”

Manchester (260 kilometres or 160 miles northwest of London) is Britain’s third biggest city and Manchester Arena is one of the world’s largest indoor concert venues.

Campaigning for Britain’s June 8 general election was suspended in the wake of the attacks.

The attack was the deadliest on British soil since 7 June 2005, when four suicide bombers killed 52 people in a series of coordinated attacks in central London targetting civilians using public transport during rush hour.

US pop star Ariana Grande is a firm favourite among children and teenagers, so the venue was packed with young people.

Immediately after the explosion on Monday night, panic set in among the young audience with screams filling the air and children tumbling over guardrails and each other to escape.

As a result of the ensuing chaos, the attack also caused a nightmare night-long search for loved-ones – parents for the children they had accompanied or had been waiting to pick up, and friends for each other after groups were separated by the blast. Twitter and Facebook lit up with heartbreaking appeals for the missing.

“It’s quite extraordinary to think that someone would target an event that is attended largely by young people,” FRANCE 24’s Woodside said. “It’s different to anything else we’ve seen before.”

Across the UK, horror truly set in when news emerged that 8-year-old Saffie Roussos was among the dead – the youngest known victim so far. Her mother and sister were also among the 59 wounded.

‘We just ran as fast as we could’

The wounded included 12 children under the age of 16, hospital officials said.

Witnesses said the blast scattered bolts and other bits of metal, apparently intended to maximise injuries and deaths.

“There was this massive bang. And then everyone just went really quiet. And that’s when the screaming started,” said 25-year-old Ryan Molloy. “It was just awful.”

Hayley Lunt had taken her 10-year-old daughter Abigail – it was her first concert. She said the explosions rang out as soon as the pop star Grande left the stage.

“We just ran as fast as we could to get away,” Lunt said. “What should have been a superb evening is now just horrible.”

The US singer Grande, who was not injured in the blast, tweeted: “broken. from the bottom of my heart, i am so so sorry. i don’t have words.”

“We struggle to comprehend the warped and twisted mind that sees a room packed with young children not as a scene to cherish but as an opportunity for carnage,” the prime minister said.

Some concert-goers said security at the arena was disorganised, with some being searched while others were not. The bombing took place at the end of the concert, when the audience were streaming out in the direction of the city’s main train station.

The train station, which is adjacent to the arena, was closed immediately after the attack and all trains cancelled.

With no public transport, Manchester residents opened their hearts and homes. Taxi drivers offered stranded people free rides home, while some residents invited those with no way to get home into their homes.

Britain’s Queen Elizabeth II held a moment of silence Tuesday afternoon to honour the victims. Accompanied by her husband Prince Philip, the queen stood in front of Buckingham Palace as the national anthem was played.

French President Emmanuel Macron voiced his “horror and shock” over the attack.
Shock around the world

The IS group’s claim of responsibility echoed others claims the extremists have made for attacks in the West, meaning they are vague on details with some analysts speculating that it is an opportunistic attempt at propaganda.

US President Donald Trump, visiting the West Bank city of Bethlehem, said the attack preyed upon children and described those responsible as “evil losers.”

Pop concerts have been a terrorism target before. Most of the 130 dead in the November 2015 attacks in Paris were at the Bataclan concert hall.

Manchester itself has experienced terrorism before: the city was hit by a huge IRA bomb in 1996 that leveled a swath of the city centre injuring 200 people.