Moody’s downgrades China rating to A1 from Aa3 due to slowing economy, growing debt 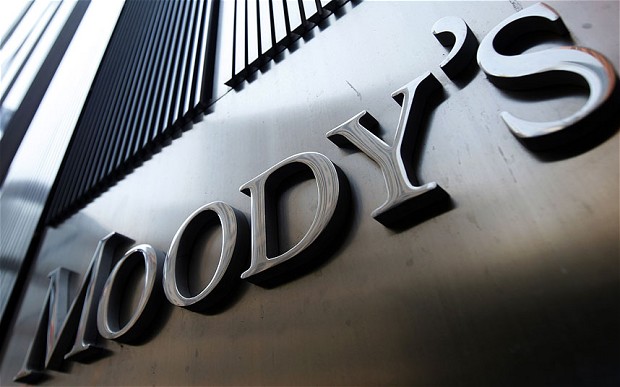 Moody’s Investors Service on Wednesday downgraded China’s credit rating to A1 from Aa3, changing its outlook to stable from negative, citing concerns efforts to support growth will spur debt growth across the economy.

Foreign-exchange markets reacted to the news, with the Australian dollar dropping from levels around $0.7480 to as low as $0.7452 in the wake of the announcement. China is among Australia’s largest export markets.

“Moody’s expects that economy-wide leverage will increase further over the coming years. The planned reform program is likely to slow, but not prevent, the rise in leverage,” Moody’s said in a statement. “The importance the authorities attach to maintaining robust growth will result in sustained policy stimulus, given the growing structural impediments to achieving current growth targets. Such stimulus will contribute to rising debt across the economy as a whole.”

It expected that while economic growth would remain relatively high, potential growth rates were likely to fall in the years ahead.

Moody’s estimated that while the government budget deficit in 2016 was “moderate” at around 3 percent of gross domestic product (GDP), it expected the government’s debt burden would rise toward 40 percent of GDP by 2018 and 45 percent by the end of the decade.

Moody’s added that it expected economy-wide debt of the government, households and non-financial companies would rise, as economic activity tends to be financed with debt in the absence of a sizeable equity market.

It said that the recent focus on capital outflows has constrained the development of domestic capital markets by restricting the cross-border flows of capital.

It noted that the financial sector remained under-developed despite recent reforms.

“Pricing of risk remains incomplete, with the cost of debt still partly determined by assumptions of government support to public sector or other entities perceived to be strategic,” it said.

But Moody’s shifted to a stable outlook, from negative, citing balanced risks.

The government’s control of much of the economy, the financial system and cross-border capital flows offers the ability to maintain stability in the near term, Moody’s said.

It also pointed to large household savings estimated at around 40 percent of income and the country’s “sizeable” foreign exchange reserves of around $3 trillion.

Analysts differed on the importance of Moody’s move.

Macquarie noted this was the first time a ratings agency downgraded China in 25 years and the first time in seven years that one of the Big Three agencies have changed their rating. It said the move brought Moody’s rating in line with Fitch.

“This news is a clear China negative in our view (even though the rationale for the downgrade contained nothing new),” Macquarie said in a note on Wednesday.

“The next question is whether S&P will follow Moody’s. S&P has had China on outlook negative since February 2016, indicating there is a potential downgrade brewing. But S&P currently rates China one notch above Moody’s and Fitch, so a cut would not break new ground.”

But one analyst noted that the downgrade wasn’t necessarily a surprise.

“Everyone on the planet has flagged the risk of Chinese debt and the risk that is associated with the current policymakers’ strategy and attempt to deleverage.”