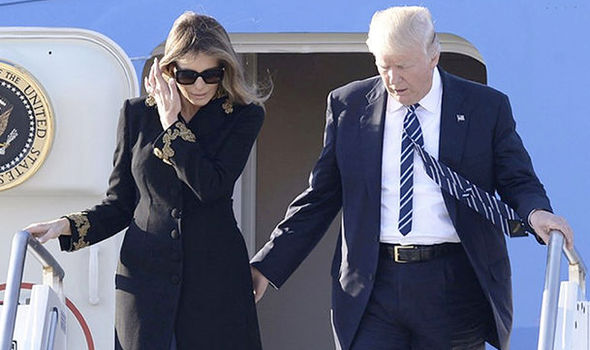 The sometimes awkward body language between US president Donald Trump and his wife, Melania, continues to draw attention on social media.

The latest incident occurred on Tuesday after Air Force One landed in Rome. Mr Trump waved to the crowd and was seen reaching for his wife’s left hand as they disembark, but she quickly raised it to her head to brush her hair aside.

The president and first lady seemed to have a similar incident after they arrived in Tel Aviv on Monday. As they walked on the red carpet, he turned and reached out to grab her hand. The expressionless Mrs Trump, wearing dark sunglasses, appeared to brush away his hand.

First the swat, then the hair tuck…

Melania is not about holding hands this week:https://t.co/KMaiAGanm6