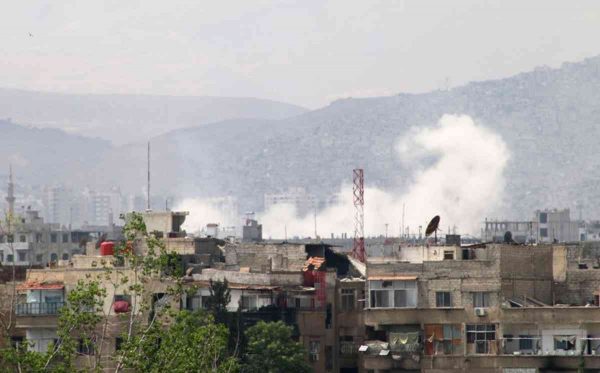 BY BASSEM MROUE
BEIRUT – Hundreds of rebels and their families began leaving a northeastern neighborhood of Damascus and heading toward rebel-held areas in northern Syria Sunday, in another step that would eventually bring all parts of the capital under the control of President Bashar Assad’s forces, state media and opposition activists said.

The evacuations from Qaboun came a day after government forces and their allies captured most of the area from insurgents who had maintained a presence in the northeastern neighborhood for four years. The departures from Qaboun come days after hundreds of opposition fighters were evacuated from the nearby neighborhoods of Barzeh and Tishrin.

After government forces took control of Barzeh and Tishrin last week and with the expected capture of Qaboun in the coming hours or days, the capital Damascus will be fully clear of rebels for the first time since 2012. The eastern neighborhood of Jobar will be left in rebel hands but is considered an extension of the eastern suburbs of Damascus known as eastern Ghouta.

Government forces have been on the offensive for months in an attempt to capture the remaining rebel-held Damascus neighborhoods. The troops succeeded after destroying many underground tunnels that linked the northeastern neighborhoods with eastern Ghouta. 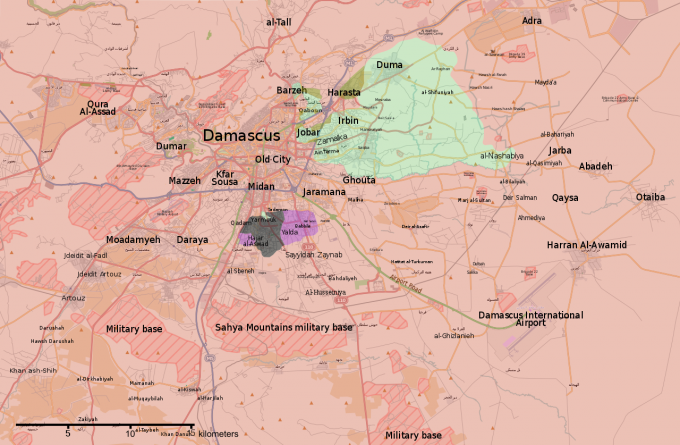 “It is a big propaganda victory for the regime,” said Anas al-Dimashqi, an opposition activist based in the eastern Damascus suburb of Kfar Batna. He added that although the government’s offensive began several months ago, it was clear that the neighborhoods would fall because they came under siege several weeks ago and were pounded with airstrikes and surface-to-surface missiles.

These gains add to recent victories by Assad’s forces that captured in December all rebel-held parts of the northern city of Aleppo, Syria’s largest city and once commercial center. In the central city of Homs, thousands of opposition fighters have been evacuated from al-Waer neighborhood, the last rebel-held area in Syria’s largest city that within weeks will be under full control of Assad’s forces.

The government also controls Syria’s fourth largest city of Hama, in the center of the country, as well as the coastal region. Syrian government forces and their allies have captured wide areas from insurgents since Sept. 2015 when Russia joined the war and provided Assad’s troops with air cover.

Syrian state TV said some 2,200 people from the Damascus neighborhoods boarded several buses Sunday and left toward the northwestern province of Idlib. State news agency SANA said those who decide to stay could benefit from a government amnesty and return to normal life.

The Britain-based Syrian Observatory for Human Rights said some 2,300 people, including about 1,100 fighters, have left Qaboun adding that more buses are being sent to the area “to empty” the neighborhood from opposition fighters on Sunday.

The Observatory and al-Dimashqi said a group of gunmen inside Qaboun opened fire at rebels as they were boarding the buses, killing at least two and wounding several others. No immediate reason was given for the shooting but the Observatory said the gunmen were followers of a Qaboun-based arms dealer.

The evacuations came as the International Committee of the Red Cross warned in a statement Sunday of the long-term consequences that protracted crises might have on health systems.

“Hospitals and health care centers pay a hefty price during conflicts and protracted crises could lead to the total collapse of health systems,” said Fabrizzio Carboni, the head of the ICRC delegation in Lebanon.

Hospitals in Syria and Yemen have been forced to shut down due to water and electricity shortages, and a lack of necessary equipment and medical supplies, ICRC said. Doctors and nurses are also fleeing conflict-stricken cities and villages for safer areas, leaving behind hospitals without staff and patients without care, it added.

Syria’s conflict that began in March 2011 with anti-Assad protests and later turned into a war has killed some 400,000 people and displaced half the country’s population, sending about five millions as refugees mostly to neighboring countries.