Hezbollah chief Hassan Nasrallah slammed Israel’s concrete wall along the Lebanese southern borders and said it proves Lebanon’s victory and Israel’s defeat.He made the comments in a speech marking 1st anniversary of the death of Hezbollah military commander Mustafa Badreddine.

“When Israel hides behind high walls, it means that it is “weaker than a spider’s web.” Nasrallah stressed and started talking about   Badreddine .

“One year has passed since the martyrdom of the great mujahid leader Mustafa Badreddine and he did not depart us for a single day throughout the year, seeing as he is always present in our minds and hearts, ” Nasrallah said in televised speech.

“He was the leader of the mujahid fighters in Syria and the leader of our resistance’s victories alongside the Syrian army for more than five years, dealing the takfiri groups one blow after another, Nasrallah continued “‘.

Israeli Defense Ministry is set to soon start building wall along the Lebanese border to prevent any threat caused by the “infiltration of armed militants”, according to a report by al Sharq al Awsat

The decision came when Tel Aviv discovered a week ago a Lebanese young man in the Kiryat Shmona town after he infiltrated it through the border and walked several kilometers inside Israeli territories.

The man was arrested and interrogated, but later transferred back to Lebanon via the United Nations Interim Force in Lebanon for being mentally ill.

Later, Israeli Chief of Staff Gadi Eisenkot established an internal investigation committee to investigate the incident. The committee found a big failure in the current fence and in the performance of Israeli soldiers responsible for monitoring the area. Disciplinary measures were later taken against those linked to the incident.

Israeli officials also reached a conclusion that despite the presence of a barbed wire fence, modern cameras, electronic alarm equipment, tunnels and water barriers, there are still weak points along the border that require urgent actions. 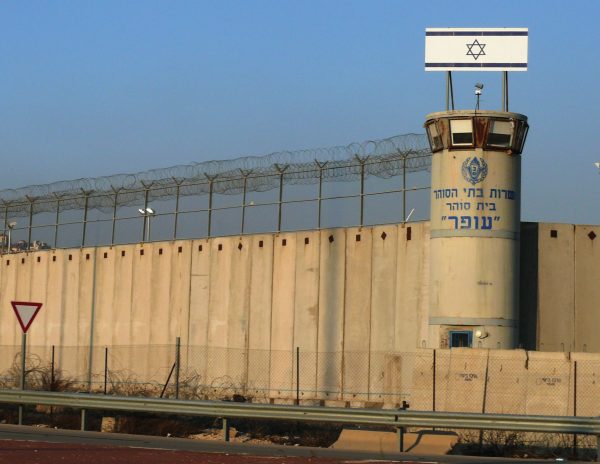 The wall will be similar to the one along Israel’s border with Egypt, a 30-kilometer stretch from its southeastern border with Jordan, and in the occupied Golan Heights border with Syria.

Turning to the situation in Syria he vowed dismantle Hezbollah’s military posts on the eastern border between Syria and Lebanon because “our mission has been accomplished”.

Israel considers Hezbollah to be a potent enemy, with over 100,000 rockets and missiles aimed at the Jewish state.

Israel’s military chief, Lt. Gen. Gadi Eisenkot, told an academic conference last March that the death of Mustafa Badreddine in May last year illustrated “the depth of the internal crisis within Hezbollah.”

He also said it reflected “the extent of the cruelty, complexity and tension between Hezbollah and its patron Iran.”

An Israeli military official said Israel believes the order to kill Badreddine was given by Nasrallah himself.

Israeli intelligence believes Badreddine had been feuding with Iranian military commanders in Syria over the heavy losses his group had suffered on the battlefield. Both Iran and Hezbollah are backing Syrian government forces.

The official spoke on condition of anonymity because he was discussing a confidential intelligence assessment.

At the time of his death last year, Hezbollah said Badreddine had been killed by insurgent shelling in Syria.

He was considered Hezbollah’s top military official and was among five members on trial in absentia at a court in the Netherlands over the bombing that killed former Lebanese Prime Minister Rafik Hariri and 21 others in Beirut in 2005.

Badreddine was a student of Imad Mughniyeh, Hezbollah’s previous military chief, who was considered one of the world’s most-wanted terrorists by Israel and the United States. Mughniyeh, who was Badreddine’s brother-in-law, was killed in a 2008 car bombing in Damascus that Hezbollah blamed on Israel.

Israel and Hezbollah fought a monthlong war in 2006 that ended in a stalemate. Israeli officials say that Hezbollah is far stronger than it was back then and battle-tested after years of fighting in neighboring Syria. They frequently warn that it is only a matter of time before another war breaks out.

But Israeli officials also say the group does not want a confrontation with Israel right now. Hezbollah has gotten bogged down in the Syrian fighting and is believed to have lost hundreds of fighters.

Addressing the Syrian refugees along the border Nasrallah said

“We are ready to communicate with the Syrian regime to return the biggest number of refugees to their villages in Syria, and we call on the Lebanese political forces who might have contacts with the militants in Arsal’s outskirts to help and cooperate in order to evacuate them from the area.”

“Escalating the political rhetoric would complicate the efforts to reach an electoral law, ” and added

“There is real hope to reach a new electoral law and things have made a lot of progress. Dialogue must continue and the political rhetoric must be pacified.”

It appears that Hezbollah and its ally president Michel Aoun have a real problem over the electoral law.

Aoun rejected  Tuesday the proportional representation electoral system  as being proposed by Hezbollah  and its other allies stressing that it should have “restraints” or else it would be equivalent to a sudden abolition of political sectarianism.

“Aoun outlined  three reasons that are preventing an agreement on a new electoral law.

3- “Each party  wants to steal some parliamentary seats from ‘its neighbor’, and ‘Christians are everyone’s neighbors’, and here lies the problem.”

“Today they want a proportional representation law without restraints, and this is almost equivalent to the full abolition of political  sectarianism, but we are refusing this and demanding restraints, including a qualification system that allows the election of competent candidates who represent their sects, and we are open to any proposal that truly achieves these goals,” Aoun added.

Aoun’s son-in-law FPM  chief Gebran Bassil   proposed  recently a hybrid electoral law  the so called ‘qualification law’ .In the first round, voting takes place in the current 26 districts ( as per the 1960 law) and voters can only vote for the candidates of their own sect . Two candidates for each sectarian seat qualify for the second round during which voting would take place in 10 newly-proposed  electoral districts and according to a non-sectarian proportional representation polling system.