United Airlines suffers another PR fiasco: Booted a couple traveling to their wedding 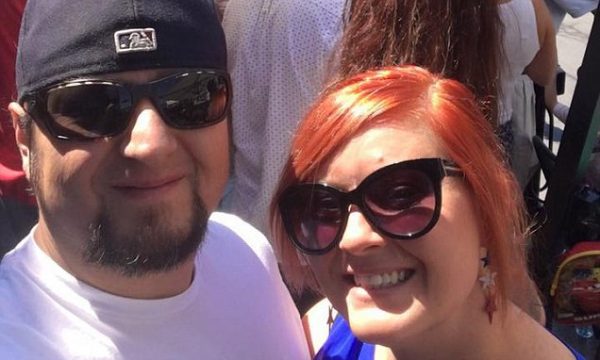 Still recovering from what was likely an avoidable public relations debacle, United Airlines is again making headlines after two passengers — a couple traveling to their own wedding — said they were kicked off their flight.

Michael Hohl and his fiancee, Amber Maxwell, had planned on flying Saturday from Salt Lake City to Costa Rica, with a layover at George Bush Intercontinental Airport in Houston, Hohl told KHOU. But he said they were unable to leave Texas that day because flight crews told them to deplane before takeoff.

A United spokeswoman, Maggie Schmerin, said in a statement that the passengers “repeatedly attempted” to sit in upgraded seating they didn’t pay for and did not follow instructions from crews to go back to their assigned seats. The two were then asked to leave the plane, she said.

He told KHOU that he and Maxwell moved to two vacant seats because a sleeping passenger was sprawled across their seats a few rows away. After airline personnel told them to go back to their assigned seats, they complied, Hohl said; still, he said, law enforcement officers came in minutes later and escorted them off the plane.

“We did politely, quietly and without incident,” Hohl said. “We got to the gate and asked why, and they said because we were in the wrong seat and being disruptive.”

According to United, the seats Hohl and Maxwell had moved to were considered Economy Plus, an upgrade from the ones they had paid for. Schmerin, the United spokeswoman, said the airline asked the couple if they wanted to pay the difference in fare, but that they declined. United offered them a discounted rate at a hotel for Saturday night and rebooked them for a Sunday morning flight.

Michael McCarthy, a spokesman for the Transportation Security Administration, said that neither federal air marshals nor TSA officers were involved in the incident.

The Washington Post was unable to reach Hohl and Maxwell on Monday. Their wedding is scheduled for Thursday, according to KHOU.

The incident came just days after a paying passenger was violently dragged off an overbooked United flight for refusing to give up his seat for an off-duty crew member.

A United official told passengers that the airline needed volunteers to give up their seats but no one volunteered, so the airline chose the passengers.

Now-viral videos taken by other passengers showed a now-suspended security officer leaning over to grab one passenger, David Dao, and pulling him up. At some point, a bloodied Dao went limp, and the officer dragged him by the arms across the aisle and off the plane. Two other officers have been placed on leave.

The incident on April 9 at Chicago O’Hare International Airport — and United chief executive Oscar Munoz’s muted response to it — prompted worldwide outrage, particularly from China, where anger was fueled by reports that the passenger was Asian. Dao is originally from Vietnam.

The 69-year-old doctor from Kentucky suffered a concussion and a broken nose and lost two front teeth. Dao’s attorney, Thomas Demetrio, told reporters at a news conference last week that his client will “probably” sue the airline.

“I would defy anyone to suggest there was not unreasonable force and violence used to help Dr. Dao disembark that plane,” Demetrio said.

On April 10, the day after the incident, Munoz issued a statement apologizing “for having to re-accomodate” the customers. In a letter the CEO sent to his employees, Munoz appeared to blame Dao, saying the passenger “refused” to cooperate after he was “politely asked” to leave, prompting crews to call the Chicago Department of Aviation for help.

A more humbled statement from Munoz came on Tuesday, after United’s stock prices plummeted. Munoz apologized to Dao and said he was “disturbed” by what had happened to him on the plane. He also promised a review of policies regarding overbooked flights, and to have a public report by the end of the month.

On Friday, United announced that it is updating its policy and will no longer allow crew members to displace passengers who are already seated on a plane. Off-duty airline crews are now required to check in at least an hour before a flight leaves. Previously, crews could be booked up until the time of departure, Schmerin, the spokeswoman, said.