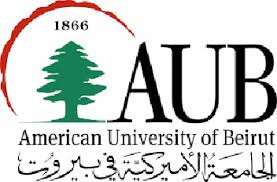 American University of Beirut, a recipient of U.S. government aid, has agreed to pay $700,000 to settle a civil lawsuit over accusations that it assisted three organizations linked to the militant group Hezbollah, federal prosecutors said.

As part of its deal with the U.S. Attorney’s Office in Manhattan, a party to the lawsuit, the university also agreed to revise its policies, prosecutors said in a statement on Thursday.

The agreement resolved a case originally filed under seal by an unnamed complainant.

Acting Manhattan U.S. Attorney Joon Kim said in the statement, “For years, the American University of Beirut accepted grant money from USAID, but failed to take reasonable steps to ensure against providing material support to entities on the Treasury Department’s prohibited list.”

The U.S. Attorney’s Office said the university in the Lebanese capital admitted to training representatives of al Nour Radio and al Manar TV, media groups that the U.S. Treasury Department lists as branches of the Iranian-backed Hezbollah.

Between 2007 and 2009 the university provided the training in workshops to representatives from al Nour and al Manar, who were allowed to participate among a larger group of journalists, a statement from the U.S. Attorney’s Office said.

For instance, one workshop was titled “Citizen/Online Journalism” and provided instruction on how to produce blogs, videos and podcasts, prosecutors said.

Federal prosecutors said the university used its website to connect students with Jihad al-Binaa, another organization that the U.S. Treasury Department has said is linked to Hezbollah.

American University of Beirut (AUB) said in a statement on Friday that its conduct had been neither “knowing, intentional or reckless.”

“AUB is pleased to have reached the settlement and looks forward to continuing to provide a world-class education to students of all backgrounds,” the statement said.

The university, founded in 1866, centers its teaching on the American liberal arts tradition.

“With today’s settlement, the university is being made to pay a financial penalty for its conduct, and importantly, it has admitted to its conduct and agreed to put proper precautions in place to ensure that it does not happen again,” Kim said in a statement.

The $700,000 penalty levied on the university will be paid to the U.S. government.