Trump once again declares war against his own intelligence agencies 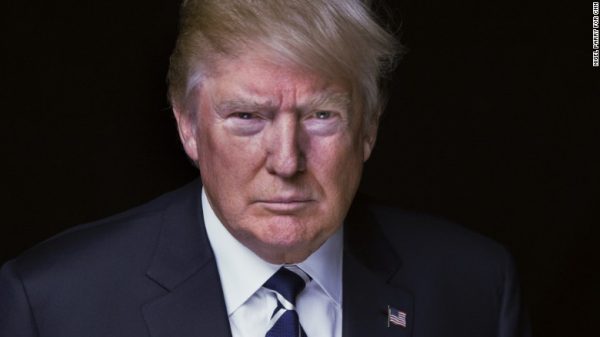 US President Donald Trump kicked off his Friday by attacking the U.S. intelligence community once again. He lashed out at the FBI, tweeting that the agency is “totally unable to stop national security ‘leakers.’”

Trump’s outburst comes hours after CNN and The Associated Press reported that White House chief of staff Reince Priebus had asked the FBI to publicly dispute reports that the president’s team had communicated with Russian officials throughout the 2016 presidential campaign.

The FBI is totally unable to stop the national security “leakers” that have permeated our government for a long time. They can’t even……

FBI director James Comey reportedly refused to comply with the request because of the agency’s ongoing investigation into Trump’s associates and their potentially illegal links to the Kremlin.

find the leakers within the FBI itself. Classified information is being given to media that could have a devastating effect on U.S. FIND NOW

Comey was criticized after he decided just days before the 2016 election to reinvestigate the emails of Democratic presidential candidate Hillary Clinton. Though the investigation didn’t turn up any damning new information, Democrats have said that it damaged Clinton’s election chances.

The White House has repeatedly denied allegations that Trump associates kept “constant communication” with Russian officials during the campaign, as first reported by The New York Times and CNN this month.

Trump’s Friday tweet didn’t deny accusations that the White House attempted to meddle in the FBI’s investigation, but instead took aim at FBI “leakers” who could have a “devastating effect” on the U.S.

This seems like presidential confirmation that the White House asked the FBI to help cover Trump campaign ties to Russian officers. https://t.co/lI21garYCs

The target of the president’s attack appears to be misdirected as the AP reported that a “White House official” leaked Priebus’ request for the FBI to squash the reports.
The U.S. intelligence community has found itself increasingly at odds with the Trump administration. Following Lt. Gen. Michael Flynn’s resignation as national security advisor this month for misleading Vice President Mike Pence about communication he had with a Russian ambassador in December, Trump launched an attack on “leakers” within U.S. intelligence.

“From intelligence, papers are being leaked, things are being leaked,” Trump said at a February news conference. “It’s a criminal action, criminal act, and it’s been going on for a long time before me, but now it’s really going on. And people are trying to cover up for a terrible loss that the Democrats had under Hillary Clinton.”