Admit it: Trump is unfit to serve 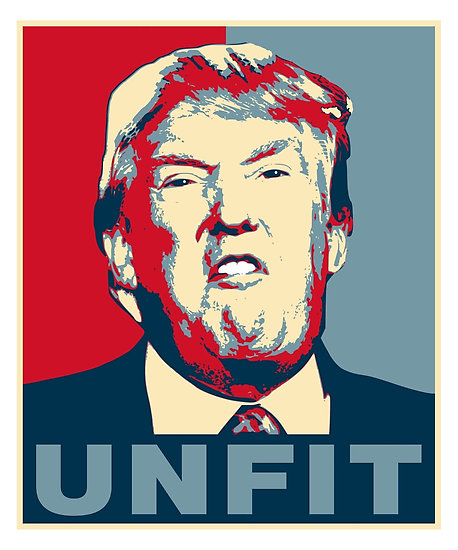 The Michael Flynn fiasco was the entirely predictable product of the indiscipline, deceit, incompetence and moral indifference that characterize Donald Trump’s approach to leadership.

Even worse, Trump’s loyalties are now in doubt. Questions about his relationship with Vladimir Putin and Russia will not go away, even if congressional Republicans try to slow-walk a transparent investigation into what ties Trump has with Putin’s Russia — and who on his campaign did what, and when, with Russian intelligence officials and diplomats.

Party leaders should listen to those Republicans who are already pondering how history will judge their actions in this wrenching moment. Senators such as John McCain and Lindsey Graham seem to know it is only a matter of time before the GOP will have to confront Trump’s unfitness. They also sense that Flynn’s resignation as national security adviser for lying about the nature of his contacts with Russia’s ambassador to the United States raises fundamental concerns about Trump himself.

The immediate political controversy is over how Congress should investigate this. Republican leaders say attention from Congress’s intelligence committees is sufficient, and for now Democrats have agreed to this path. But many in their ranks, along with some Republicans, argue it would be better to form a bipartisan select committee that could cross jurisdictional lines and be far more open about its work.

Those pushing for the select committee have reason to fear that keeping things under wraps in the intelligence panels could be a way to bury the story for a while and buy Trump time. Letting Americans in on what went on here, and quickly, is the only way to bolster trust in this administration, if that is even possible. And let’s face the reality here: It could also hasten the end of a presidency that could do immense damage to the United States.

Attorney General Jeff Sessions, in the meantime, must immediately recuse himself from all decisions about all aspects of the Russia investigation by the FBI and the intelligence services. Sessions should step back not simply because he is an appointee of the president but, more importantly, because he was a central figure in the Trump campaign. He cannot possibly be a neutral arbiter, and his involvement would only heighten fears of a coverup.

In this dark moment, we can celebrate the vitality of the institutions of a free society that are pushing back against a president offering the country a remarkable combination of authoritarian inclinations and ineptitude. The courts, civil servants, citizens — collectively and individually — and, yes, an unfettered media have all checked Trump and forced inconvenient facts into the sunlight.

It is a sign of how beleaguered Trump is that his Twitter response on Wednesday morning was not to take responsibility but to assign blame. His villains are leakers and the press: “Information is being illegally given to the failing @nytimes & @washingtonpost by the intelligence community (NSA and FBI?). Just like Russia.”

It is notable that in acknowledging that the news reports are based on “information,” Trump effectively confirmed them. At the same time, he was characteristically wrong about Russia, whose government prevents transparency and punishes those who try to foster it. There’s also this: Kremlin agents stole information from a political party in a free country. That is very different from the actions of the media’s informants inside our government who are holding our own officials accountable for their false denials and fictitious claims.

It will be said that Trump was elected and thus deserves some benefit of the doubt. Isn’t it rash to declare him unfit after so little time?

The answer is no, because the Trump we are seeing now is fully consistent with the vindictive, self-involved and scattered man we saw during the 17 months of his campaign. In one of the primary debates, Jeb Bush said of Trump: “He’s a chaos candidate and he’d be a chaos president.” Rarely has a politician been so prophetic.

And this is why nearly 11 million more Americans voted against Trump than for him. His obligation was to earn the trust of the 60 percent of Americans who told exit pollsters on Election Day that they viewed him unfavorably. Instead, he has ratified their fears, and then some.

As a country, we now need to face the truth, however awkward and difficult it might be.