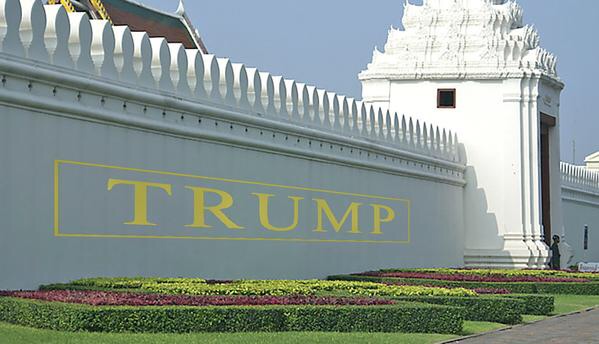 US taxpayers paying for the wall not Mexico as president Trump claims
Share:

By Julia Edwards Ainsley
WASHINGTON, DC- President Donald Trump’s “wall” along the U.S.-Mexico border would be a series of fences and walls that would cost as much as $21.6 billion, and take more than three years to construct, based on a U.S. Department of Homeland Security internal report seen by Reuters on Thursday.

The report’s estimated price-tag is much higher than a $12-billion figure cited by Trump in his campaign and estimates as high as $15 billion from Republican House Speaker Paul Ryan and Senate Majority Leader Mitch McConnell.

The report is expected to be presented to Department of Homeland Security (DHS) Secretary John Kelly in coming days, although the administration will not necessarily take actions it recommends.

The plan lays out what it would take to seal the border in three phases of construction of fences and walls covering just over 1,250 miles (2,000 km) by the end of 2020.

With 654 miles (1,046 km) of the border already fortified, the new construction would extend almost the length of the entire border.

Many cost estimates and timelines have been floated since Trump campaigned on the promise of building a wall. The report seen by Reuters is the work of a group commissioned by Kelly as a final step before moving forward with requesting U.S. taxpayer funds from Congress and getting started on construction.

A DHS spokeswoman said the department does “not comment on or confirm the potential existence of pre-decisional, deliberative documents.”

A White House spokeswoman said it would be “premature” to comment on a report that has not officially been presented to the president.

The report assumes DHS would get funding from Congress by April or May, giving the department sufficient time to secure contractors and begin construction by September. Trump has said Congress should fund the wall upfront, but that Mexico will reimburse U.S. taxpayers. Mexico has said it will not pay.

Several U.S. congressional delegations are visiting the border this month to assess funding needs, according to several people familiar with the travel plans.

The report accounted for the time and cost of acquiring private land, one reason for its steep price increase compared to estimates from Trump and members of Congress.

Bernstein Research, an investment research group that tracks material costs, has said that uncertainties around the project could drive its cost up to as much as $25 billion.

The second phase of construction proposed in the report would cover 151 miles (242 km) of border in and around the Rio Grande Valley; Laredo, Texas; Tucson, Arizona; El Paso, Texas and Big Bend, Texas. The third phase would cover an unspecified 1,080 miles (1,728 km), essentially sealing off the entire U.S.-Mexico border.

The report lays out costs to cover the border with barriers, but funding constraints and legal battles are likely to place limits on those plans.

It also does not account for major physical barriers, like mountains, in areas where it would not be feasible to build.

A source familiar with the plans said DHS may have to go to court to seek eminent domain in order to acquire some of the private land needed to cover the final and most ambitious phase.

The first phase, estimated to cost only $360 million, could be a relatively easy way for Trump to satisfy supporters eager to see him make good on his campaign promises to limit illegal migration. But the rest of the construction will be markedly more expensive, covering a much larger stretch of land, much of it privately owned or inaccessible by road.

In addition to seeking eminent domain and environmental waivers, the U.S. government would also have to meet the requirements of the International Boundary and Water Commission, a U.S.-Mexico pact over shared waters. The report estimated that agreement alone could bring the cost from $11 million per mile to $15 million per mile in one area.