Trump is most unpopular US president in modern history to enter office, Poll 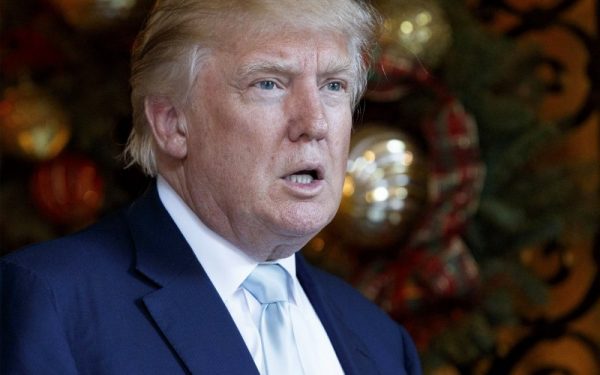 Donald Trump enters office as the most unpopular of at least the last seven newly elected presidents, a new ABC News/Washington Post poll finds, with ratings for handling the transition that are also vastly below those of his predecessors.

Forty percent of Americans in the national survey approve of the way Trump has handled the transition, half as many as the 80 percent who approved of Barack Obama’s preparations to take office. Trump also far trails George W. Bush (72 percent transition approval), Bill Clinton(81 percent) and George H.W. Bush (82 percent) on this measure.

Similarly, just 40 percent in this poll, produced for ABC News by Langer Research Associates, approve of most of Trump’s cabinet choices — trailing his four predecessors by anywhere from 19 to 26 percentage points.

Identical to these ratings, just 40 percent see Trump favorably overall. That’s 21 points behind Obama’s departing favorability rating (his best since November 2009) and by far the lowest popularity for an incoming president in polling since 1977. Previous start-of-presidency favorability ratings have ranged from 56 percent for George W. Bush to 79 percent for Obama.

Even with those weak ratings, Trump garners high expectations on some issues: Six in 10 Americans expect him to do an excellent or good job on the economy and on jobs alike, and 56 percent expect him to do well in handling terrorism.

On the economy, Trump may get tailwinds: Fifty-one percent say it’s in excellent or good shape, the most since October 2006 in ABC/Post polls. Even still, 63 percent say the country’s seriously off on the wrong track — a view on which Democrats and Republicans have essentially swapped positions since the election, with the biggest change for the party that won the White House.

Positive expectations for Trump drop to around 50 percent on three other issues — helping the middle class, handling the deficit and making Supreme Court appointments. Expectations go negative on four more — handling health care, international crises, race relations and issues of particular concern to women. Expectations of Trump are more negative than positive by 24 points on women’s issues, 37-61 percent, and by 17 points on race relations, 40-57 percent.

More generally, skepticism about Trump is extensive: Sixty-one percent of Americans lack confidence in him to make the right decisions for the country’s future. Obama was rated as poorly on this measure in the midst of his second term. But he started his presidency with the opposite result — 61 percent confidence.

Fifty-two percent also see Trump as unqualified for office. Still, in a positive trend for him, that’s down from a peak of 64 percent in June.

Results are informed by opposition to many of the incoming administration’s policy plans. Out of eight such policies tested in this survey, majorities support three: Deporting undocumentedimmigrants who’ve committed crimes (most popular by far, with 72 percent support), renegotiating the NAFTA trade agreement (57 percent) and punishing companies that move jobs overseas (53 percent).

Support goes below 50 percent for repealing Obamacare (a split, 46-47 percent, support-oppose), building a wall on the border with Mexico (37 percent support), withdrawing from the nuclear deal with Iran (37 percent), barring entry to most Muslims who aren’t U.S. citizens (32 percent), and quitting the Paris climate treaty (31 percent). (On Obamacare, two-thirds of those who favor repeal say the law should be replaced with a new one at the same time.)

It’s notable that large majorities oppose two proposals that have been signatures of Trump’s political rise — barring entry of non-U.S. Muslims (63 percent opposed) and building a wall across the border with Mexico (opposed by 60 percent).

Opposition peaks, at 66 percent, to another idea, providing tax breaks for privately funded roads, bridges and transportation projects that would then charge tolls for people who use them.

Another likely policy debate may pose its own risks for Trump. He’s proposed an across-the-board tax cut. Seventy-five percent in this survey support a tax cut for middle- and low-income Americans, but support falls to 48 percent for a business tax cut and just 36 percent for cutting taxes paid by higher-income Americans.

• Just 35 percent approve of the way Trump’s handled the issue of campaign email hacking, while 54 percent disapprove. Nearly two-thirds think Russia was behind it, and among them, seven in 10 think Russia’s goal was to help Trump win the election. Forty-three percent see Trump as “too friendly” toward Russia; about as many say he’s handling this well.

• Neither the media nor Trump are well rated in their handling of one another, but Trump fares considerably less well. Americans divide essentially evenly on whether the news media are treating Trump fairly or unfairly. But they see Trump’s treatment of the news media as unfair rather than fair by a substantial 57-38 percent margin.

Evaluations of Trump’s proposed policies and expectations for his presidency vary widely, with no division more prominent than the one between political partisans.

One of the largest rifts by party emerges on Trump’s planned wall along the Mexican border: Seventy-two percent of Republicans support it, most saying they do so strongly, while 87 percent of Democrats are opposed, nearly three-quarters strongly. Partisans split similarly on repealing the Affordable Care Act, with eight in 10 Republicans in favor and three-quarters of Democrats against.

In terms of expectations, nearly all Republicans expect Trump to do an excellent or good job handling the economy and job creation alike, while fewer than three in 10 Democrats say the same. Democrats are the least optimistic about Trump’s potential handling of the health care system, with just 9 percent giving him at least a “good” prospective rating. That compares with 87 percent of Republicans.

Not all of Trump’s plans are welcomed as universally by GOP partisans: Fewer than half of Republicans support the public-private infrastructure plan proposed by his advisers or his previous intention to pull out of the Paris climate agreement. (He’s now said he has an “open mind” about the deal.) For their part, fewer than a quarter of Democrats support either.

Some divisions echo the election. White men without college degrees, a strongly pro-Trump group, support repealing the 2010 health care law by 65-27 percent, while white women with a college degree — who narrowly backed Clinton — mirror them in opposition, 35-63 percent. The pattern repeats in expectations for Trump’s handling of race relations; nearly two-thirds of non-college white men have high expectations, while as many college-educated white women have low ones.

Race itself is a key factor: Compared with whites, nonwhites are 36 points less likely to expect much from Trump in job creation and 30 points less likely to think he’ll do well on race relations. And while support for building the Mexican border wall has increased among whites from 42 to 50 percent since September, it remains extremely unpopular among Hispanics, with just 11 percent support.

There’ll be much measurement of Trump’s job approval in the years ahead, and the best stand-in for that gauge now is approval of his handling of the transition. This peaks at 77 percent among Republicans, 68 percent among strong conservatives and 61 percent among evangelical white Protestants. But it’s just 45 percent in the states Trump won in the presidential election, as well as 42 percent among political independents, with 50 percent disapproving.

Further, whites, a group Trump won by a 20 points in the election (per the exit poll), approve of his work on the transition by a 10-point margin, 52 to 42 percent. That ranges from 64 percent approval among non-college white men to 36 percent among college-educated white women. Seventy-five percent of nonwhites disapprove, including 85 percent of blacks and 76 percent of Hispanics.

This ABC News/Washington Post poll was conducted by landline and cellular telephone Jan. 12-15, 2017, in English and Spanish, among a random national sample of 1,005 adults. Results have a margin of sampling error of 3.5 points, including the design effect. Partisan divisions are 31-23-37 percent, Democrats-Republicans-independents.

The survey was produced for ABC News by Langer Research Associates of New York, N.Y., with sampling, data collection and tabulation by Abt-SRBI of New York, N.Y. See details on the survey’s methodology here.