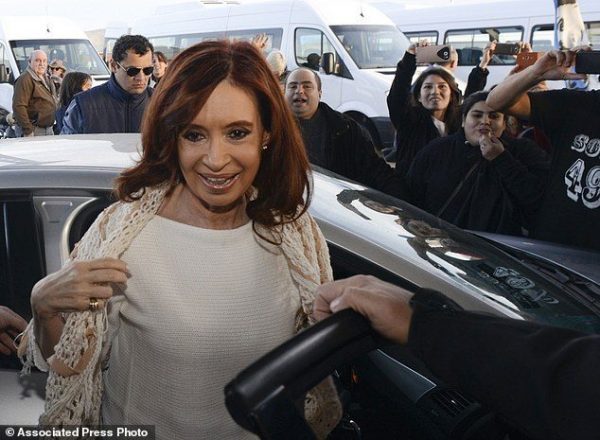 It is alleged that her government steered public contracts to a businessman close to her family.

Ms Fernandez has previously denied any wrongdoing, insisting that the accusations against her are politically motivated.

She has accused current President Mauricio Macri of plotting against her.

In a court appearance in October, Ms Fernandez presented national budget documents as part of her evidence, highlighting that the accounts had been approved by parliamentary bodies and the country’s auditor general.