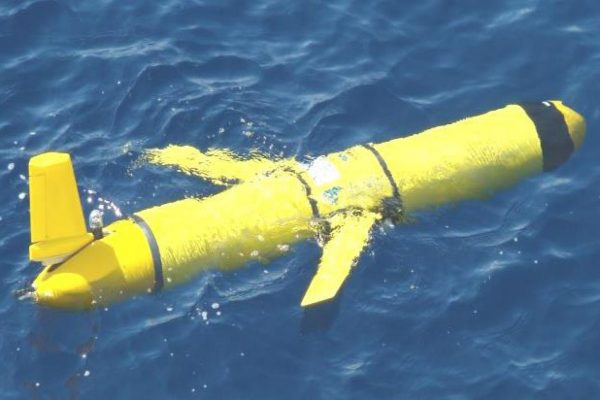 President-elect Donald Trump reacted to the news by telling them he doesn’t want it back. “We should tell China that we don’t want the drone they stole back.- let them keep it!” he tweeted Saturday evening.

The comment could prolong one of the most serious incidents between the U.S. and Chinese militaries in recent memory, potentially complicating ties ahead of Trump’s inauguration.

The latest spike in U.S.-Chinese maritime tensions occurred Thursday, when a Chinese submarine rescue ship close to the USNS Bowditch, an oceanographic survey vessel operating about 50 nautical miles northwest of Subic Bay in the Philippines, took possession of the U.S. drone.

The incident occurred within sight of the Bowditch, which tracks the drone as it collects unclassified data on water temperature, salinity and other factors that may affect U.S. naval operations. According to U.S. officials, the Chinese ship refused initial requests from the Bowditch to return the drone.

“We have registered our objection to China’s unlawful seizure of a U.S. unmanned underwater vehicle operating in international waters in the South China Sea,” Pentagon press secretary Peter Cook said in a statement.

“Through direct engagement with Chinese authorities, we have secured an understanding that the Chinese will return the [drone] to the United States,” he said.

China’s Ministry of Defense on Saturday said they had decided to return the drone in an “appropriate” manner, but did not specify what that meant.

Yang Yujun, a spokesman for the Ministry of Defense, said in a statement that the Chinese took the U.S. drone “in order to prevent the device from harming the navigation safety and personnel safety of the ship.”

“The U.S. military has frequently dispatched naval vessels to carry out reconnaissance and military measurements in China’s water. China resolutely opposes this and urges the U.S. side to stop such activities,” he said.

The statement, which was published before Trump’s “keep it” tweet, called the U.S. response to the drone’s seizure “hype” that is “inappropriate” and “unhelpful for settling the problem.” Beijing has yet to respond to the president-elect’s latest comment.

Song Zhongping, an expert on Chinese military affairs who works as a commenter for Hong Kong’s Phoenix TV, said the statement was an effort to warn the United States to not deploy this type of vessel in the South China Sea, “Otherwise, we will keep on picking them up whenever we see them,” he said.

Despite sharp words on both sides, official statements from Washington and Beijing suggest that the two governments are eager to avoid further intensifying tensions at a moment of deep uncertainty in U.S.-Chinese relations after Trump’s election.

Even as China asserts a right to areas of the South and East China seas also claimed by some of its neighbors, it has embarked on an ambitious program of constructing artificial islands, some of which appear to be intended as military outposts.

The U.S. military has conducted repeated shows of force, sailing ships or conducting surveillance flights near disputed areas, while seeking to avoid any serious military escalation with a key commercial partner.

Speaking after the Pentagon announced that the drone would be returned, a U.S. defense official, speaking on the condition of anonymity to comment freely, said that the Obama administration was “glad to get it back and put this behind us.”

“It’s somewhat reassuring that senior leadership in Beijing agreed that this was something that should be returned, regardless of the individual actions of their people at sea,” the official said. It is not clear who authorized the seizure of the drone.

The flap over the drone comes as Trump’s election generates concern among Chinese authorities, with the president-elect questioning long-standing U.S. policy on China and continuing his sharp criticism of Beijing’s trade and monetary policies.

Trump angered Chinese officials when he spoke by phone with the president of Taiwan, a thriving democracy that Beijing considers a breakaway province.

While it is not clear how the Trump administration will handle efforts by China to assert itself in the South China Sea, his stance toward Beijing suggests a hard line.

On Saturday morning, Trump issued a tweet that said: “China steals United States Navy research drone in international waters — rips it out of water and takes it to China in unprecedented act.”
In Beijing on Sunday, the Global Times, a Communist Party-controlled newspaper known for its nationalist tone, poked fun at the mixed messages coming from the United States.

“Before Trump’s generous announcement that he didn’t want the drone back, the Pentagon had already announced publicly that they have asked China to return the ‘illegally seized’ [unmanned underwater vehicle] through appropriate governmental channels,” the paper wrote. “We don’t know, after seeing Trump’s new tweets, if the Pentagon should feel boggled.”