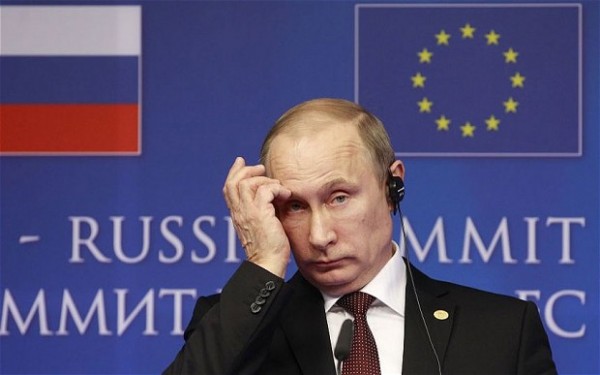 European Union leaders agreed on Thursday to extend economic sanctions against Russia over the turmoil in Ukraine until mid-2017, though some wanted a longer timespan over fear U.S. President-elect Donald Trump would ease pressure on Moscow.

The decision was expected and the formal process to extend the sanctions on Russia’s defense, energy and financial sectors will take place early next week.

“Some of our colleagues would prefer maybe 12 months but … what is possible is maintaining our current format, it means six months,” European Council President Donald Tusk said.

The bloc slapped sanctions on Russia after it annexed Ukraine’s Black Sea peninsula of Crimea from Ukraine in 2014 and stepped them up as Moscow went on to support a separatist rebellion in Ukraine’s industrial east.

It has extended them by six months each time ever since as Moscow says it would never give back Crimea and the conflict in east Ukraine – which has killed 10,000 people to date – is not resolved despite peace mediation by Germany and France.

Ukraine’s President Petro Poroshenko welcomed the decision: “I am sincerely grateful for unwavering unity and solidarity of the European leaders in restoring Ukraine’s sovereignty and territorial integrity, including Crimea.”

Poland was among the EU states that wanted a longer extension of the sanctions, but Italy has been a leading voice in the bloc in calling for re-establishing business ties with Moscow.

The decision was also meant as a signal to Trump, who takes office on Jan. 20 and has worried the EU with his promises to seek a rapprochement with Russia.

“It would send a very bad signal vis-a-vis Trump if we shied away from this extension, or prolonged them by a shorter period of time,” a senior EU official said.

But in front of cameras, EU leaders were more cautious, with German Chancellor Angela Merkel saying the extension was agreed “based on the current situation” rather than attempts to “anticipate what the new American president might do.”

“It’s still too early to assess responsibly what is the possible policy of the new american administration on Russia,” said Tusk.

Despite threats in October by some EU leaders, the bloc has shied away from slapping new sanctions on Russia over the conflict in Syria.

In a separate decision on Thursday, EU leaders agreed to spell out limits to a landmark cooperation accord with Ukraine in order to address Dutch concerns and prevent the deal from falling through.