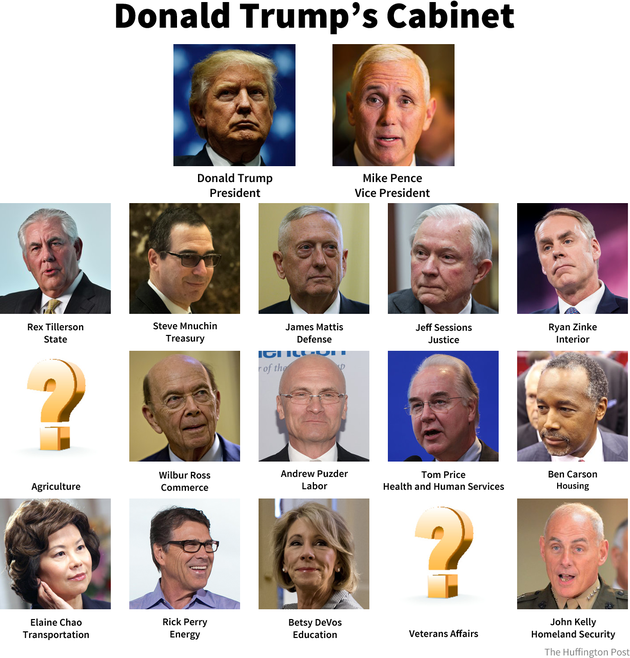 Donald Trump’s Cabinet is shaping up to be the least diverse in recent history, with just three people so far who are not white men.

Of the 13 people Trump has nominated for Cabinet positions, only Ben Carson (Housing and Urban Development), Elaine Chao (Transportation) and Betsy DeVos (Education) are not both white and male.

There are still two Cabinet positions, Agriculture and Veterans Affairs, for which Trump has not nominated anyone. For Agriculture, Sen. Heidi Heitkamp (D-N.D.) has been mentioned as a front-runner.

As MSNBC’s Rachel Maddow has noted, the line of succession to the presidency ― which includes the speaker of the House and the Senate president pro tempore ― is shaping up to consist of 12 white men unless Trump picks Heitkamp, or another woman or person of color, for agriculture secretary.

Trump’s proposed Cabinet would be far less diverse than those of the past three presidents when they first took office. Bill Clinton had eight people in his initial Cabinet who were not white men, George W. Bush had seven and Barack Obama had nine.