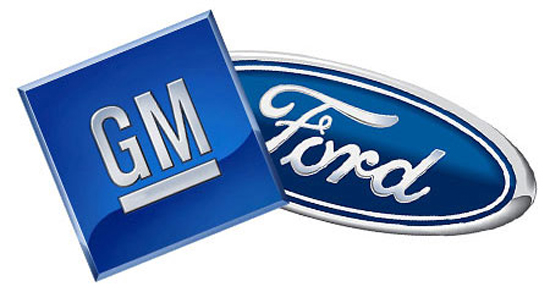 China’s plan to punish a U.S. automaker accused of price-fixing is a sign of how Beijing could retaliate if President-elect Donald Trump upends decades of relations between the two nations.

Trump’s assertion that the United States need not be bound by the policy that Taiwan is part of “one China” would erode a bedrock of U.S.-China ties that has underpinned the vast increase in trade and cooperation between what are now the world’s two largest economies.

Few expect the disagreement will lead to outright military confrontation, nor even the kind of economic war that many feared could be launched by Trump’s threat during the U.S. presidential campaign to slap tariffs of up to 45 percent on Chinese imports.

However, a rising China has plenty of other ways to push back hard if Trump presses on the Taiwan question, which most analysts see as the most sensitive part of the U.S.-China relationship.

In what might be a shot across the bow of the Trump administration, due to take office on Jan. 20, the official China Daily newspaper quoted a state planning official saying China will soon penalize an unnamed U.S. automaker for monopolistic behavior. While the official said no one should read “anything improper” into this, shares of General Motors Co and Ford Motor Co skidded.

However, the manner in which it was announced, by saying only that it was a U.S. automaker before a formal announcement of fines, has raised questions around whether officials might be seizing on the case to send a shot across the bow of the incoming Trump administration.

Jason Miller, a spokesman for Trump, said on Wednesday Trump’s team was aware of the report but it would be premature to comment.

In Washington, a Democratic congressional aide said China’s threat to fine the automaker was a “good sharp reminder” to Trump that “they have cards to play too and that if he is thinking that he can enter into negotiations – be it on Taiwan, trade, North Korea, whatever – as if the United States is the sole global superpower … then he is going to need to think again.”

China’s state planner, the National Development and Reform Commission, did not responded to Reuters requests for comment on the China Daily story. China’s Foreign Ministry said it did not know any details about the case.

“China welcomes foreign companies, including American ones, to invest in and operate in China. At the same time they must respect China’s laws and rules. This point is very clear,” ministry spokesman Geng Shuang said when asked if this was China sending a message to Trump.

Pressure on other U.S. companies, such as Boeing Co (BA.N) and General Electric Co (GE.N), with large interests in China could be one of the most tangible tools of retaliation, together with new limits on access to the country’s huge markets. U.S. business interests in China are estimated at more than $500 billion.

Wider economic steps – such as China, America’s biggest creditor, selling a significant part of its $1.16 trillion of U.S. Treasuries, or weakening its currency – seem unlikely, the first because it would slash the value of China’s U.S. bond portfolio and the second because it could accelerate capital flight, experts said.

Beijing could speed up a military build-up that had begun to slow along with Chinese economic growth, carry out naval exercises close to Taiwan – which it regards as a renegade province – and withhold diplomatic cooperation on issues such as Iran and North Korea’s nuclear programs.

“Taiwan policy is what China considers a core interest … and it’s prepared to go to great lengths to defend it,” said Eric Altbach, senior vice president at the Albright Stonebridge Group consultancy in Washington and a former deputy assistant U.S. trade representative for China affairs.

The consensus within the Obama administration is that Trump, who irked China by taking a phone call from Taiwan’s president, was not fully aware of the potential backlash from Beijing over his questioning of the “one China” policy, a U.S. official said, speaking on condition of anonymity.

The hope is that by the time Trump takes over from President Barack Obama, he will recognize that China has advanced so far economically, diplomatically and militarily that it is unwise to pick fights with Beijing over such a bedrock principle, he added.

“Trump has basically guaranteed that the first year in the China relationship will be a combative, competitive one, and the question is how bad it will get,” he said. “The Chinese now are basically putting together their list on how to retaliate.”

There are at least three ways in which the matter could play out, U.S. China experts said. Trump could backtrack over time, much as former U.S. President George W. Bush did.

A second track would be if Trump goes on questioning the “one China” policy without taking concrete action. The third, considered unlikely by U.S. officials past and present, would be a drift toward military confrontation.

‘JUST CAUSE TO DISPATCH TROOPS’?

Asked if Trump’s “one China” stance could lead to this, a source with ties to the Chinese leadership told Reuters: “We will see what Trump says and does after he becomes president.”

A second source with leadership ties said they expected tensions with the United States over Taiwan. But the source said Chinese President Xi Jinping, who has sounded a more nationalistic line than his recent predecessors, could also use the issue to further cement his grip on power.

“If (Taiwan) is emboldened by the U.S. support and does something drastic, it could be an opportunity for us. There will be just cause to dispatch troops,” the second source said.

While the possibility of Taiwan declaring independence and hence triggering a Chinese invasion seems low, the mere softening in the U.S. commitment to the policy would likely play out in China’s defense posture.

“Xi Jinping has to respond to this internally, domestically, and while he doesn’t want an open fight with Trump, he will have to show … resolve,” he said, citing higher military spending, more defense exercises and tougher rhetoric on Taiwan. “We can anticipate that unless this issue is taken off the table.”