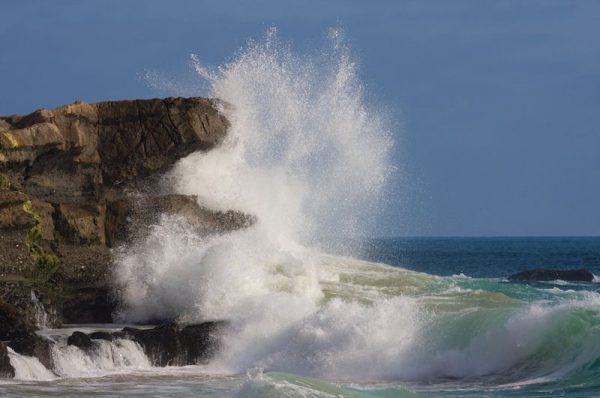 A monstrous swell in the North Atlantic that rose up as high as a six-story building is now the world’s tallest wave measured by a buoy, according to the World Meteorological Organization (WMO).

The wave crashed down the morning of Feb. 4, 2013, in the watery expanse between Iceland and the United Kingdom, at approximately 59 degrees N, 11 degrees W. It occurred after a strong cold front passed through the area, producing winds of up to 50.4 mph (43.8 knots), the WMO reported.

“This is the first time we have ever measured a wave of 19 meters. It is a remarkable record,” Wenjian Zhang, the assistant secretary-general of the WMO, said in a statement. “It highlights the importance of meteorological and ocean observations and forecasts to ensure the safety of the global maritime industry and to protect the lives of crew and passengers on busy shipping lanes.”

The buoy that recorded the massive wave is part of the Marine Automatic Weather Stations, run by the U.K.’s national weather service, called the Met Office. This buoy, as well as others in the network, helps the WMO and its partners monitor the oceans, and complements measurements taken by satellites and ships.

“We need high-quality and extensive ocean records to help in our understanding of weather [and] ocean interactions,” Zhang said. “Despite the huge strides in satellite technology, the sustained observations and data records from moored and drifting buoys and ships still play a major role in this respect.”

He noted that wave height is defined as the distance from the crest of one wave to the trough (the lowest part) of the next wave.

The highest waves usually happen in the North Atlantic because wind-circulation patterns and atmospheric pressure in the winter lead to intense, extratropical storms called “bombs.” That makes the region from the Canadian coast around Newfoundland to the south of Iceland and to the west of the United Kingdom a prime spot for these thunderous wave records.

“The new world record will be added to the official WMO archive of weather and climate extremes, which is being constantly updated and expanded thanks to continued improvements in instrumentation, technology and analysis,” said Randall Cerveny, the joint rapporteur on world records of climate and weather extremes for the WMO. (A rapporteur is a person appointed by an organization to report on the proceedings of meetings. In the WMO case, the rapporteur keeps an official, unbiased list of world weather extremes.)

“Oceans cover some 70 percent of the world’s surface,” Cerveny said. “Ocean observations are therefore critical to understanding and forecasting our weather and climate.

Earlier this year, the WMO confirmed the longest reported distance for a lightning bolt (in Oklahoma) and the longest duration for a single lightning flash (in southern France).