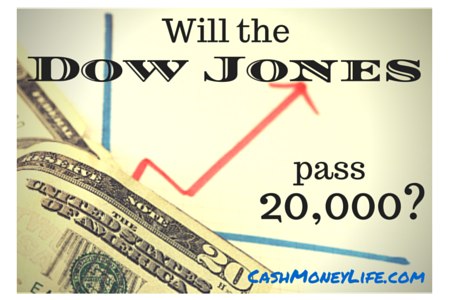 The S&P 500 erased earlier losses to gain around 1.3 percent, with telecoms rallying around 2.4 percent to lead advancers.

“This 2,219 level [on the S&P] was on where a lot of people were expecting to see some resistance, and we went through it like a hot knife through butter,” said JJ Kinahan, chief market strategist at TD Ameritrade, adding stocks were also boosted by some short covering. “A lot of people have been saying ‘this is the end’ and have ended up with very little money in their hands.”

The Dow Jones industrial average gained nearly 300 points, with Home Depot, IBM and Goldman Sachs contributing the most gains. The Dow Transports, meanwhile, hit their first intraday high since 2014 and closed at an all-time high. Since Nov. 8, transports have risen more than 12 percent.

“I think this is more momentum from the Trump rally,” said Adam Sarhan, CEO at 50 Park Investments. “You’ve got the financials, transports, steel stocks, small and mid-cap stocks all trading higher. The areas that have worked [since the election] continue to work.”

“While all this is happening, you’ve seen virtually no selling. That’s very good for stocks moving forward,” he said.

Maris Ogg, president at Tower Bridge Advisors, said “we might get a correction” in the near term, “but there is so much low-hanging fruit that some of these reforms are going to be enacted. Recognizing that some of the problems we’ve had have been because of poor policy, they can be easily corrected.”

As of Wednesday’s close, the Dow has posted gains in 18 of the past 22 sessions and 12 record closes since the election. The S&P and the Nasdaq, meanwhile, have risen 4.8 percent and 3.9 percent since Nov. 8, respectively.

“We’ve obviously had a pretty significant run over the past few weeks, but with hardly any down days,” said Art Hogan, chief market strategist at Wunderlich Securities. “The market is trying to price in a paradigm of fiscal stimulus and deregulation.”

President-elect Donald Trump stunned the world by defeating former Secretary of State Hillary Clinton in the U.S. presidential election with optimism for greater infrastructure spending and deregulation of certain sectors propelling the sharp increase in stocks since Nov. 8.

“Yesterday’s ‘checkmark’ pattern traced by the S&P 500 offered another reminder of large institutions plowing cash into shares in a determined effort to boost their positioning. Despite this consistent risk extension since Donald Trump’s shocking victory over Hillary Clinton, my most reliable sentiment indicators suggest that many portfolio managers still have the ability to increase their stock holdings substantially,” said Jeremy Klein, chief market strategist at FBN Securities, in a note.

Investors also looked ahead to a key ECB meeting, in which the central bank is largely expected to extend its quantitative easing program beyond March 2017, particularly after a Sunday referendum in Italy left the country’s banks in a vulnerable spot. “Now remember, this is the same [ECB President] Mario Draghi that says more than he does,” said Wunderlich’s Hogan. “I think the market is heading into this meeting with the expectation of more action” being taken.

There are no major U.S. economic data due Wednesday, one week before a Federal Reserve meeting in which the U.S. central bank is expected to raise interest rates. According to the CME Group’s FedWatch tool, market expectations for a 25-basis-point increase in rates were around 95 percent.

The U.S. dollar has risen sharply over the past month on expectations of higher rates and fiscal stimulus. On Wednesday, however, the greenback fell 0.21 percent against a basket of currencies, with the euroaround $1.076 and the yen near 113.8.

“November’s Trump effect still fuels the Dollar with optimism over Donald Trump implementing fiscal stimulus measures reinforcing expectations of an improvement in overall US GDP. A strong rise in inflation from healthy growth could force the Federal Reserve to raise US interest rates aggressively in an effort to prevent the economy from overheating,” Lukman Otunuga, research analyst at FXTM, said in a note.

U.S. Treasury yields fell across the board, with the two-year note yield trading around 1.10 percent and the benchmark 10-year yield near 2.35 percent.

In oil markets, West Texas Intermediate futures for January deliverysettled 2.3 percent lower at $49.77 per barrel as doubts over an agreed upon OPEC production cut persisted, despite a reported drawdown of 2.4 million barrels by the Energy Information Administration.

About four stocks advanced for every decliner at the New York Stock Exchange, with an exchange volume of 1.032 billion and a composite volume of 4.416 billion.

The CBOE Volatility Index (VIX), widely considered the best gauge of fear in the market, traded near 11.8.