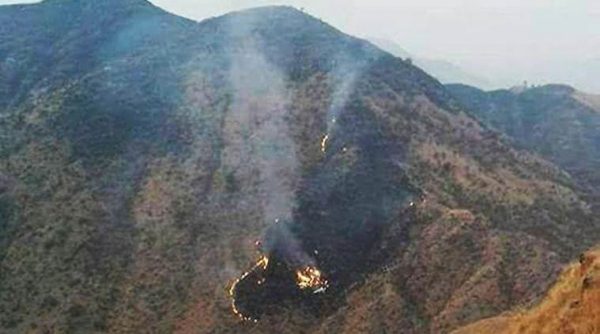 A plane belonging to Pakistan’s national carrier crashed on Wednesday with 48 people on board, apparently killing all of them, police and an airline spokesman said.

According to senior police officer Khurram Rasheed, the plane crashed in a village near the town of Havelian, located about 75 kilometers (45 miles) northwest of the capital, Islamabad. The small twin-propeller aircraft was travelling from the city of Chitral to Islamabad when it crashed shortly after takeoff.

According to Daniyal Gilani, the spokesman for Pakistan International Airlines, the plane had lost touch with the control tower prior to the crash. He said the plane was carrying 42 passengers, five crew members and a ground engineer.

The cause of the crash was not immediately clear. Pervez George, the spokesman for the Civil Aviation Authority, told The Associated Press that a team of experts would determine the cause after retrieving the plane’s black box recorder.

“I don’t think there is any chance of finding any survivors,” he said.

TV footage showed debris from the plane and a massive fire at the site of the crash. The footage showed local villagers collecting the remains of the passengers and covering the bodies with cloths.

In a statement, the military said that 36 bodies had been retrieved so far.

A spokesman for the Interior Ministry said at team had been dispatched to help identify the bodies through DNA tests. Authorities have released names of passengers — among them Junaid Jamshed, a famous singer-turned-Islamic-preacher.

In a statement, he said “the entire nation is deeply saddened over today’s unfortunate crash and shares the grief of the families who lost their dear ones.”

Plane crashes are not uncommon in Pakistan. About 150 people were killed in a crash in the hills of Islamabad in 2010. In 2015, a military helicopter carrying several diplomats also crashed in the country’s north, killing eight people. A private plane also crashed near Islamabad due to bad weather in 2012, killing all 127 people on board.