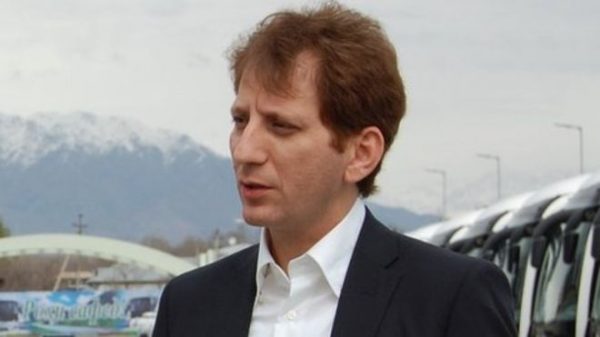 Iran’s supreme court has upheld the death penalty against Iranian businessman Babak Zanjani for corruption, the judiciary said on Saturday, a sentence critics say will mask the identity of senior government officials who supported him.

By his own account, Zanjani had for years helped circumvent sanctions by arranging billions of dollars of oil deals through a network of companies stretching from Turkey to Malaysia and the United Arab Emirates.

Prosecutors accused Zanjani of owing the government more than $2.7 billion for oil sold on behalf of the oil ministry. He was sentenced in March.

Critics of the sentence, including President Hassan Rouhani, said Zanjani’s execution might make it impossible to recover the funds and uncover the identity of officials who supported him.

Zanjani amassed a fortune of $10 billion, along with debts of a similar scale, the tycoon once told an Iranian magazine.

At the time of his arrest in Dec. 2013, a judicial spokesman said: “He received funds from certain bodies … and received oil and other shipments and now has not returned the funds”.

Iran emerged from years of economic isolation in January when world powers led by the United States and the European Union lifted crippling sanctions against Tehran in return for curbs on Iran’s nuclear ambitions.