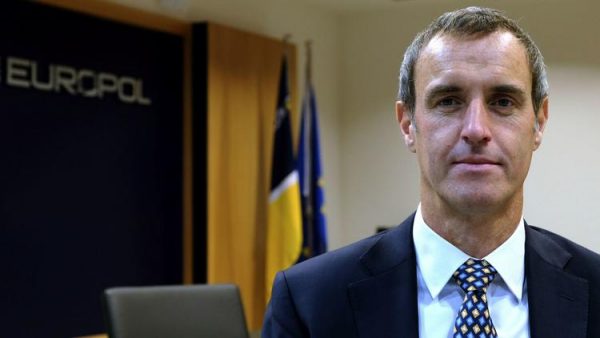 Europol warned Friday that the Islamic State group could launch fresh attacks in Europe in the near future, and the agency’s director said police forces across the continent are investigating more than 50 terrorism cases.

Europol — the European Union’s police agency — said in a grim analysis of Islamic State tactics published Friday that EU countries participating in the U.S.-led coalition fighting the extremist group in Syria and Iraq are most at risk.

France and Belgium are among the European nations that have joined the U.S.-led coalition. Others include Britain, the Netherlands and Denmark. Germany’s military also is involved, but not in combat operations.

Europol director Rob Wainwright said in an interview that counterterrorism agencies are tackling the threat from Islamic State in cooperation with his Hague-based agency. Europol currently is assisting more than 50 terror investigations by national agencies across the continent, he said.

In the report released Friday, Europol said car bombs and other tactics the Islamic State group uses in Iraq and Syria could also be deployed in Europe. It said past attacks such as those in France and Belgium over the last two years show that extremists acting in the name of Islamic State can effectively plan complex attacks.

“Estimates from some intelligence services indicate several dozen people directed by IS may be currently present in Europe with a capability to commit terrorist attacks,” according to the report, which draws on counterterrorism intelligence from around Europe as well as media reports and previously publicized calls by Islamic State leaders for attacks.

Despite the warnings, Wainwright expressed optimism that the counterterrorism efforts will likely, over the long term, rein in the threat posed by Islamic State.

“We’re not there yet. I think we will get there. It might be replaced in the future, of course, by another iteration in the international terrorist scene,” he said. “So it doesn’t have to be the new normal, but we have to take the right measures, right now, to protect our citizens from the kind of atrocities that unfortunately we’ve suffered in the last two years.”

Community leaders also have a role to play in diminishing the threat from Islamic State recruiters and trainers who prey on marginalized youths — some of whom may have mental health problems or backgrounds in petty crime — and incite them to carry out attacks, Wainwright said.

“We have to work in the community with faith leaders, with parents, with teachers to try and make sure that these young impressionable minds are not turned so easily,” he said.

The Europol report noted a shift in Islamic State attacks from symbolic targets like police officers and military personnel to indiscriminate attacks on civilian targets, such as the attacks a year ago in Paris at a rock concert, the national stadium and bustling sidewalk cafes.

“Indiscriminate attacks have a very powerful effect on the public in general, which is one of the main goals of terrorism: to seriously intimidate a population,” according to the report, which concludes the focus on so-called soft targets means that attacking critical infrastructure like power grids and nuclear facilities is “currently not a priority.”

Meanwhile, a police raid in Morocco in February may have thwarted a possible chemical or biological weapons attack by an Islamic State cell, raising the specter that such weapons also could be used in Europe.

The report noted, however, that automatic firearms, knives and vehicles are more easily available and that “the effectiveness, ease of use and access of these weapons will continue to be relevant.”

The consensus among intelligence agencies in EU member states is that “the cyber capabilities of terrorist groups are still relatively low,” Europol’s report said.

But the document’s authors added that “the possibility of terrorist-affiliated cyber groups engaging in cyber warfare sponsored by Nation States – those with capacities to engage in this type of attacks – should not be discounted.”