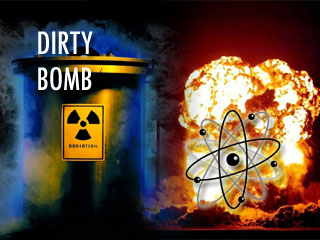 The missing material, Iridium-192, was reported to the International Atomic Energy Agency by Iran’s nuclear regulatory body earlier this month.

On November 18, the International Atomic Energy Agency warned the Gulf Cooperation Council of the missing radioactive isotope, after being informed of the loss by Atomic Energy Organization of Iran (AEOI). It is not clear when the device was actually stolen.

Local Iranian hospitals have been told to look out for cases of radiation sickness or burns.

Iridium-292 in an unstable isotope that releases gamma rays. It is generally used for industrial reasons, utilized to locate flaws in metal components, despite the danger it poses to humans..

Close proximity to the exposed isotope will cause injury within minutes to hours, and death within hours to days.

In July 2015, Iran and six world powers (Britain, China, France, Russia and the United States plus Germany) reached a nuclear deal over the country’s nuclear program.

The deal, which went into effect in January 2016, requires Iran to scrap the bulk of its nuclear activities in return for the ease of international sanctions on the country’s energy and financial sectors. It allows regular inspections of the facilities inside Iran.

The IAEA, which is policing the deal, said in a report in early November that Iran had slightly exceeded the 130-metric ton soft limit on its stock of heavy water for a second time since the deal was put in place in January.