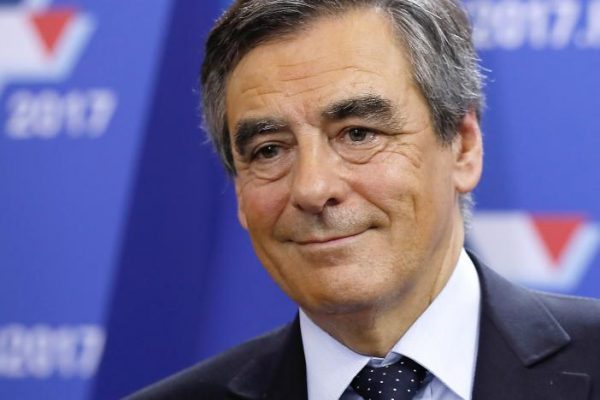 French voters defied expectations on Sunday by throwing ex-president Nicolas Sarkozy out of the race to be the conservatives’ nominee for the presidential election and propelling his ex-prime minister Francois Fillon to top spot.

A social conservative with economically liberal ideas, Fillon will face Alain Juppe, another ex-prime minister, in a runoff on Nov. 27 which is likely to produce France’s next president in May.

Long trailing his rivals in opinion polls, Fillon goes into the conservative primaries’ run-off with a strong lead, the backing of defeated candidates including Sarkozy and a fresh poll that already tips him to win that second round.

“I’m telling all the French, no matter who they voted for, that change is on its way to lift France up,” Fillon, an admirer of late British prime Minister Margaret Thatcher, told supporters.

“My fellow Frenchmen have told me, everywhere, they want to break away from a bureaucratic system which saps their energy; everywhere they told me their desire for authority,” said 62-year-old Fillon, who is a rare economic liberal in largely statist France.

Juppe, a moderate 71-year-old conservative campaigning on an inclusive, “happy identity” platform, had for months been ahead in polls for both the primaries and the presidential election.

But he struggled to fire up voters as the election neared and seems to have suffered from constant attacks by Sarkozy calling him soft and branding him as being “hostage” to centrist allies.

Once Fillon, long considered a political has-been, saw his ratings improve just over a week ago after good performances in televised debates, Juppe lost some of the “anti-Sarkozy” tactical vote to him.

Sounding downcast late on Sunday, Juppe told supporters he would “carry on fighting” and billed himself as the best option to defeat far-right party leader Marine Le Pen, whom polls predict will make it to the second round of the presidential elections.

With the Left very divided and a majority of voters telling pollsters they are opposed to seeing the far-right National Front in power, the chosen center-right nominee is likely to defeat Le Pen in an expected election run-off next May.

But while polls have consistently shown Juppe would easily beat Le Pen, there are far fewer surveys on how Fillon would fare in such a match, in further evidence of how unexpected his top spot on Sunday was.

Polls have shown that Fillon, who had received backing by opponents of France’s gay marriage laws, is much less popular than Juppe amid left-wing voters, which could make it harder for him to get their vote versus Le Pen.

A BVA poll in September did however show him beating Le Pen with 61 percent of votes compared with 39 percent for Le Pen were they to fight off in the presidentials’ runoff, while Juppe would score 66 percent vs the far-right leader.

Sarkozy, who was president in 2007-2012, was long considered a safe bet for the second round after campaigning on a hardline law-and-order platform that sought to tap into concerns over migration and security.

But that strategy, though popular among grassroots voters of Les Republicains party, alienated the centrist and leftwing voters who took part in the primaries and massively backed Juppe, a Harris Interactive poll showed.

Sarkozy conceded defeat and said he would now back Fillon in the runoff.

“It’s time for me to try a life with more private passions than public ones,” he said.

According to results based on 9,437 polling stations out of a total 10,229, Fillon was seen garnering 44.2 percent of the votes, Juppe 28.5 percent and Sarkozy 20.6 percent, with close to 4 million votes counted.

Fillon is seen winning next Sunday’s primaries’ runoff with 56 percent of the votes vs 44 percent for Juppe, according to the OpinionWay poll carried out amid 3,095 voters who took part in the first round of the primaries this Sunday.

The ruling Socialists and their allies are holding their own primaries in January. Socialist President Francois Hollande, who is deeply unpopular, has yet to announce whether he himself will stand again.