Ex-U.S. ambassador to Moscow, a Clinton and Obama ally banned from entering Russia 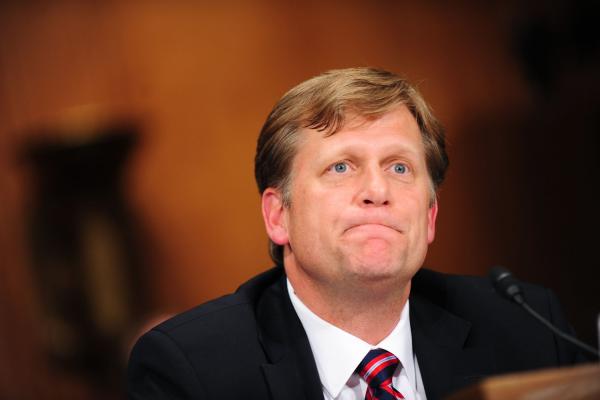 Russia has a travel ban in place on some U.S. officials in retaliation for a U.S. ban on Russian officials entering the United States.

McFaul, U.S. ambassador in Moscow from 2012-2014, said he had learnt of the ban when applying for a visa to Russia to help defeated presidential candidate Hillary Clinton prepare for what he thought would be her transition to the White House.

“I have hundreds of friends in Russia. I’m really sorry that these sanctions will make communicating with people harder,” McFaul wrote on social media on Saturday.

In a separate earlier post, he described why he thought he had been sanctioned.

“(I) was told that I am on  the Kremlin’s sanctions list because of my close affiliation with Obama. I will take that as a compliment! The U.S. sanctioned Russians close to (President Vladimir) Putin.”

“To the best of my knowledge, George Kennan was the last U.S. ambassador to USSR/Russia to be banned from traveling there.” Moscow declared Kennan persona non grata in 1952.

The Russian Foreign Ministry did not publicly confirm the ban, but ministry sources told Russian news agencies McFaul had been added to a sanctions list in 2014.

He was not banned because of his support for Obama, a Foreign Ministry source told the TASS and RIA news agencies, but because of his “active participation in the destruction of the bilateral relationship and relentless lobbying in favor of a campaign to pressure Russia.”