Trump’s cabinet could be another horror shock for progressives 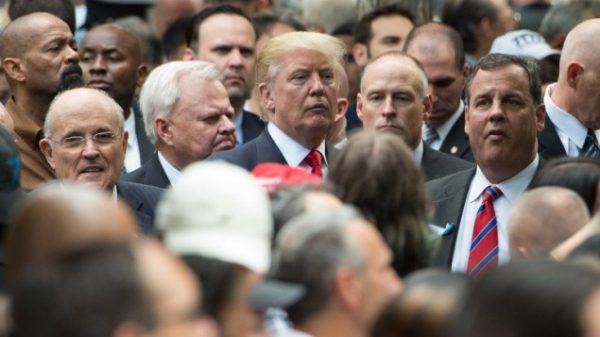 In this file photo taken on September 11, 2016 you can spot former New York City Mayor Rudy Giuliani (L), then Republican nominee Donald Trump (C) and New Jersey Governor Chris Christie (R) as they stand together during a memorial service at the National 9/11 Memorial in New York. (AFP/Bryan R. Smith)
Share:

US progressives who have not yet recovered from Donald Trump’s shock victory may be in for another jolt when the 45th US president selects his future government. Here’s an overview of the key names circulating.

Donald J. Trump pitched himself as an outsider on the campaign trail, which gives him a limited pool from which to choose his future cabinet. With a number of senior Republicans having either distanced themselves from Trump or actively opposed his candidacy, the New York real estate magnet is looking at an even smaller roster of establishment candidates. On the positive side, that might translate into an injection of “outside the Beltway” talent. But for progressives, the new pack might appear to be cabinet of horrors that could roll back eight years of domestic and international policy initiatives. 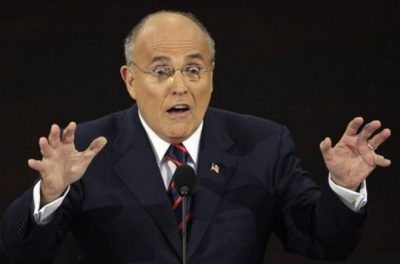 Unlike many establishment figures in the Republican party, the former New York City mayor has always supported Trump. The rewards for such loyalty could well mean an attorney general post for the former New York district attorney, who cut his political teeth cracking down on Gotham’s crime during the 1980s. 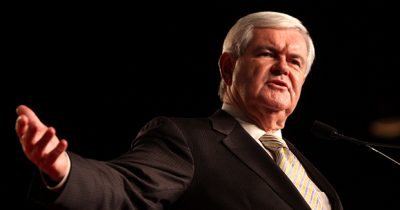 The former Republican House speaker has been a loyal Trump supporter. But his disturbingly personal diatribes against the Clintons, which date back to the failed impeachent campaign against Bill Clinton in 1998, were so virulent on the campaign trail that Trump hesitated to name Gingrich his running mate. Post-election victory, however, the former Georgia congressman may be rewarded with the secretary of state position, which would have major implications for US foreign policy and Washington’s role in the international community.

The conservative former US ambassador to the UN and bane of the UN General Assembly is another name circulating for the secretary of state job. Bolton in the role of the US’ top foreign affairs minister would send chills down the spines of diplomats across the world. He was one of the pillars of the neoconservative doctrine that underpinned US foreign policy under former President George W. Bush, the effects of which, most analysts agree, is still plaguing the Middle East today.

The New Jersey governor has been a faithful supporter at Trump’s side through the rigours of the campaign. But he faces possible legal problems with the ongoing Bridgegate scandal, so named because the New Jersey governor’s staff members created a public safety risk in September 2013 by ordering lanes leading to the George Washington Bridge closed in order to punish a Democratic mayor who had not endorsed Christie — who then lied about his knowledge of the affair. But Trump is not easily put off by scandals, so Christie’s name is still in play for a top position in the new administration at the White House.

Trump’s former rival in the Republican primary, former neurosurgeon Carson, is tipped for the post of Surgeon General in the new administration. Trump has called him a “brilliant” surgeon in the past, but for middle-class Americans seeking affordable healthcare, he may be less than sparkling. In an interview with Politico a day after the election, Carson said he was still ironing out what role he would play in the future administration. But he was quite sure he would help craft the replacement plan for Obamacare.

“I think the replacement obviously must come first and it must be something that is very appealing and easy to understand. And then, only then, would you dismantle what’s in place,” the retired neurosurgeon told Politico.

Asked if he intends to be involved in designing that plan, Carson said, “Yes, of course.”

On the campaign trail, the New York businessman-candidate promised more private sector figures in his cabinet and oil executive Forrest Lucas is leading the corporate mandarin list. The co-founder of oil products company Lucas Oil is being touted as a possible secretary of the interior. That’s a position that oversees land management, national parks and wildlife reserves, and Lucas at the helm would represent a nightmare scenario for environmentalists.