Brexit isn’t so bad after all . British economy is growing and the Pound spiked 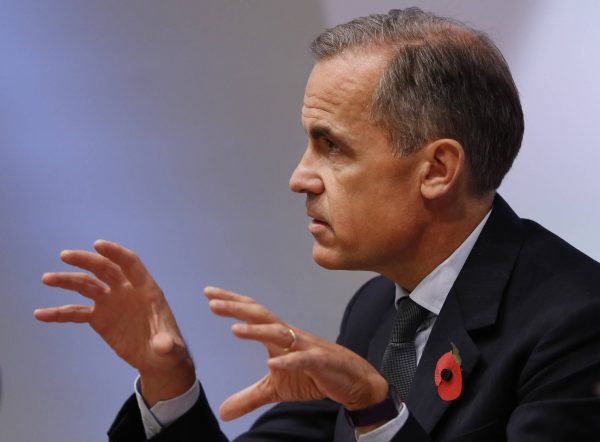 The upward revisions came as the Bank of England decided to keep its main interest rate at a record low of 0.25 percent and as the pound enjoyed one of its best days since Britain voted to leave the EU in June after court ruling that lawmakers had to have a voice in the next step toward Brexit.

The pound spiked 1.5 percent on the news that the government can’t trigger the Article 50 process for Brexit without Parliament’s involvement. Invoking Article 50 formally starts the two-year countdown to Britain’s exit.

Bank of England Gov. Mark Carney described the court decision as an example of the ups and downs to come over Brexit and said the bank’s forecasts take many factors into account.

“It’s an example for the uncertainty that will govern this process,” he said while unveiling the bank’s quarterly economic forecasts.

For markets, the court ruling was met with relief after months of fretting over the economic implications of Britain’s withdrawal from the EU and its single market of more than 500 million people. Some in the markets hope the ruling could delay Britain’s exit or diminish the government’s ability to push through a so-called “hard Brexit,” which would see Britain leave the single market. There are some in the markets who even hope it may scupper Brexit completely.

Since the vote on June 23, traders in currency markets have fretted over the impact, not least of what Britain’s future trading relationship will look like – the pound has lost almost a fifth of its value.

So far, Britain’s economy has held up much better to a Brexit vote than many forecasters, including those at the Bank of England, expected. Fears over the impact prompted the bank to cut rates for the first time in more than seven years and expand its economic stimulus program in August.

The new forecasts come in the wake of figures showing that Britain’s economy grew by a forecast-busting quarterly rate of 0.5 percent in the July-September period.

Carney said much of the resilience that’s been exhibited has centered on households seemingly ready to “entirely look through Brexit-related uncertainties” – for now.

“For households, the signs of an economic slowdown are notable by their absence,” Carney told a briefing after the interest rate decision. “Perceptions of job security remain strong. Wages are growing at around the same modest pace as the start of the year. Credit is available and competitive. Confidence is solid.”

Though it upgraded its forecasts for this year and next, the bank cut its 2018 growth prediction from 1.8 percent to 1.5 percent – a sign that the Bank thinks the post-Brexit fallout has merely been postponed rather than erased.

Carney said volatility and uncertainty would govern the process of Brexit, even as he underlined that the negotiations have not yet begun.

“That uncertainty does bear down on business investment,” he said. “That does build with time.”

Carney also noted the bank’s concern with rising inflation, which if left unchecked could have profound effects on living standards and even prompt the Bank of England to reverse course and start raising interest rates. Carney effectively said the bank now had a neutral bias in terms of interest rates – the next move could be up or down.

“The activity data has been better than was expected, and with sterling (the pound) having cratered and inflation already picking up, this wasn’t really the time to cut,” said Aberdeen Asset Management Senior Economist Paul Diggle.

While growth has surprised to the upside, partly as a result of the export-boosting fall in the British pound, inflation pressures in the British economy are rising. Though a lower pound makes British exports more competitive in international markets, it has the potential to stoke inflation by raising the cost of imports, such as oil and food. The Bank is anticipating that inflation will rise to 2.7 percent next year, which is way higher than the current 1 percent rate and above the central bank’s target of 2 percent.

Policymakers said they are “monitoring closely the evolution of inflation expectations” and that they were willing to “accommodate a period of above-target inflation.” However, Carney said there was a limit to how far they would allow inflation to overshoot target.

Economists have warned the real test to the British economy will come in March, when Prime Minister Theresa May plans to formally notify the EU of Britain’s intention to leave. That will trigger at least two years of negotiations which will highlight threats to the economy, the biggest of which is the possible loss of tariff-free access to the single market.