All eyes in Iran have turned to the US presidential race 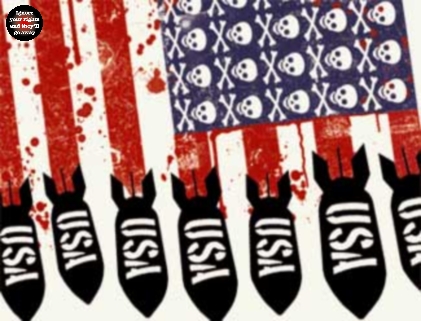 As the 2016 US presidential campaign hurtles from scandal to scandal, Iranians have been carefully monitoring a race that could well affect their lives in the next four years.

A giant mural on a building in downtown Tehran displays a modified US flag, the stars replaced by skulls and the stripes by falling bombs. Washington and Tehran may have signed a landmark nuclear deal, but the walls of the Iranian capital still scream their anti-American messages 36 years after the two countries broke diplomatic relations.

But in recent weeks, all eyes in the country have turned to the US presidential race. Iranian newspapers have covered the campaign extensively with headlines and cartoons featuring a mocking tone. But there’s also plenty of serious analysis in the Iranian media, such as the details of Donald Trump’s attacks against Hillary Clinton and a piece on why Trump appeals to Americans.

A common joke across the world come US election time is that it’s a pity the world’s citizens do not get to vote in an election that will impact their lives. Instead their future lies in the hands of a mainly isolated, ill-informed and misled populace.

If Iranians could vote in the 2016 US presidential poll, there’s little doubt who would win the election.

“At university, and everywhere else, women want Hillary Clinton to win. Maybe it’s because she supports women’s rights,” says university student Samira Ziabakhsh.
Foroozan Ghaderi, an office worker buying periodicals at a Tehran newspaper stand, agrees. “Trump is a hardliner. If he wins, it will be a tragedy for the entire world. It would be better if it’s Clinton.”

Businessman Jahangir Abbassi is focused on economic issues, particularly the impact of US-Iran nuclear deal. “If Hillary Clinton wins, she will be helpful in keeping the nuclear deal on track. She won’t be against it.”

With so much at stake for the economy and the lives of ordinary Iranians, it’s no wonder many Iranians are following the US presidential campaign. This year, for instance, Iranian state media even broadcast the third US presidential debate.

“Whatever can happen in the region or what is the policy of the president in the White House can have an influence and effect on what happens in the region and on tensions in the region,” said Abbas Aslani, foreign editor of the private Tasnim news agency.