Clinton’s lead over Trump has plummeted to just a 2-point margin: National poll 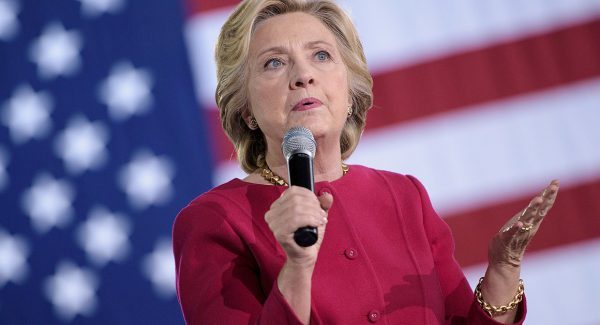 Hillary Clinton’s lead over Donald Trump has plummeted to just a 2-point margin, according to a new national poll out Saturday conducted even before the FBI director said in a letter to Congress that new evidence had been discovered concerning Clinton’s improper use of a personal email server while secretary of state.

The ABC News/Washington Post tracking poll, which consists of four nights of interviews conducted Monday through Thursday, shows Clinton leading Trump, 47 percent to 45 percent. That’s down from Clinton’s commanding, 12-point lead, 50 percent to 38 percent, in the initial four-night rolling average, which was conducted last Thursday through Sunday. Over that time, Trump has gained 7 percentage points, while Clinton has slipped by a smaller, not-statistically-significant 3-point margin.

Much of the movement is a result of increased enthusiasm among Republicans, even before the latest Clinton news on Friday. In the initial tracking poll, only three-quarters of registered Republicans were classified as likely voters, compared to 81 percent in the most recent poll.

At the same time, Republicans have also come home to Trump: 86 percent of self-identified Republicans say they will vote for Trump, and the GOP nominee also adds 84 percent of Republican-leaning independents.

ABC News and The Washington Post will release the latest four-night rolling averages on a daily basis. The first rolling average conducted entirely after the FBI’s letter to Congress will be conducted Friday through Monday and is slated for release next Wednesday.

The most recent survey includes interviews with 1,148 likely voters and has a margin of error of plus or minus 3 percentage points.