Aoun to head to Saudi Arabia soon after election 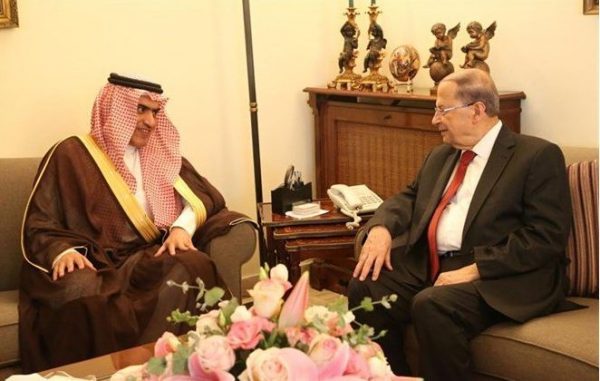 Informed parliamentary sources within the Free patriotic Movement told Al Hayat newspaper that the Saudi envoy Minister of State for Gulf Affairs Thamer al-Sabhan told General Michel Aoun during their meeting the day before yesterday that Riyadh plans to extend an invitation to him to visit after his election as president. Aoun reportedly assured him “we want better relations with Saudi Arabia, “and explained his position and the stages of the relationship with the kingdom.

Al-Sabhan will reportedly be soon appointed the Saudi Arabian Ambassador to Lebanon .