Iran-backed Shi’ite militias to join Mosul assault, a move that might alarm Turkey, US 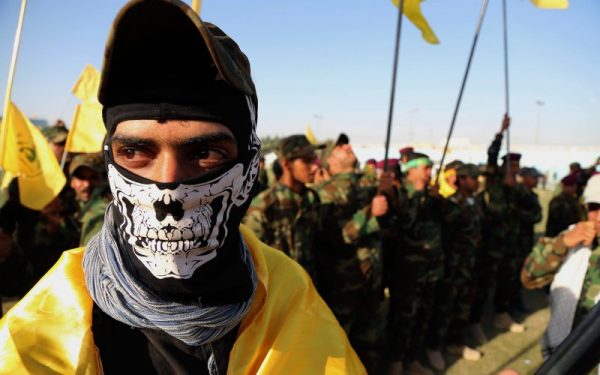 Iraqi Shi’ite militias backed by Iran said on Friday they would soon join the fight against Islamic State on a new front west of Mosul, a move which could block any retreat by the jihadists into Syria but might alarm Turkey and the United States.

The Shi’ite militias, with thousands of battle-hardened fighters trained by Iran, would bring important extra firepower to what is expected to be the biggest battle in Iraq since the U.S.-led invasion in 2003.

But their arrival on the battlefield in one of the most diverse parts of Iraq also creates worry for Western countries backing the Iraqi government offensive, who fear that the Shi’ite fighters could alienate residents in mainly Sunni areas.

A spokesman for the paramilitary groups said the advance toward the Islamic State-held town of Tal Afar, about 55 km (35 miles) west of Mosul, would start within “a few days or hours”.

If successful, the offensive would leave Islamic State fighters – and the 1.5 million civilians still living in Mosul – encircled by an advancing coalition of forces which seeks to crush the hardline Sunni militants in their Iraq stronghold.

As many as 50,000 Iraqi soldiers, police and Kurdish peshmerga fighters, backed by U.S.-led air strikes and support on the ground, have advanced on Mosul for nearly two weeks from the south, north and east.

They have already recaptured scores of villages on the flat plains east of Mosul and along the Tigris river to the south of the city, Islamic State’s last big bastion in Iraq.

Until now, it has not been clear whether the Shi’ite paramilitaries would join the fight, or whether the western approaches of the city would be left open so that civilians and militants could escape.

Rights groups have called on Baghdad to keep the Shi’ite militias away from the battlefield, accusing them of carrying out revenge killings and kidnappings in other areas freed from Islamic State. The militias and the Baghdad government say any such abuses were isolated incidents and not widespread.

The battle for Mosul itself, a city many times larger than any other ever held by Islamic State, is expected to be the biggest military operation in Iraq since U.S. troops invaded to topple former president Saddam Hussein nearly 14 years ago.

Adding to the challenges facing the advancing forces, retreating Islamic State fighters have forced women and children from outlying villages to march alongside them as human shields as they withdraw into the city, according to villagers who spoke to Reuters by telephone from Mosul.

Older boys and men of fighting age were taken off to an unknown fate, they said.

The United Nations said on Friday Islamic State had abducted 8,000 families from around Mosul to use as human shields, and had killed 232 people near the city on Wednesday who refused to comply with orders.

The group’s “depraved, cowardly strategy is to attempt to use the presence of civilians to render certain points, areas or military forces immune from military operations, effectively using tens of thousands of women, men and children as human shields,” U.N. High Commissioner for Human Rights Zeid Ra’ad al Hussein said.

A man who was among those taken to Mosul from a village south of the city described the exodus for those forced to retreat with the fighters as human shields.

“They put us in a trailer pulled by a tractor, and along the way we saw civilians shot dead with bullets in the head on both sides of the road; about ten, all of them men,” said the man, speaking from one of the few parts of Mosul where mobile phone coverage still works. “We are in shock.”

Ahmed al-Asadi, a spokesman for the Shi’ite forces known collectively as the Hashid Shaabi, or Popular Mobilisation, said the operation to cut off Mosul’s western approaches was crucial to defeat Islamic State, also known as Daesh, ISIS or ISIL.

“This is the most important and dangerous line because it connects Mosul to Raqqa and is the only supply line for Daesh,” he told Iraqi state television.

Mosul and Raqqa, Islamic State’s main bastion in Syria, form the two symbolic capitals of a cross-border “caliphate” declared by the group’s leader Abu Bakr al-Baghdadi from the pulpit of a Mosul mosque in August 2014.

Iraqi and Western military sources say there has been debate about whether or not to close off the western route in and out of Mosul. Leaving it open would offer Islamic State fighters a chance to retreat, potentially sparing civilians inside the city who might otherwise be trapped in a bloody fight to the finish.

Some civilians fleeing Mosul have used the roads to the west to escape to Qamishli, in Kurdish-controlled northern Syria.

Just as the advancing army and Kurdish forces have had to battle to recapture even small villages on the road to Mosul, facing waves of roadside bombings, sniper fire and suicide car bombs, Asadi suggested the advance on Tal Afar may take time.

It will be launched from the Qayyara military base, about 90 km (55 miles) to the southeast.

“Tal Afar is the final destination … it is the pyramid’s peak. But there are villages on the way that need to be liberated before reaching Tal Afar,” Asadi said.

Several hours after Asadi’s announcement, Islamic State said one of its militants drove a bomb-laden car into a group of Popular Mobilisation fighters, killing 20 of them. It said the suicide attack took place west of the town of Shirqat, where the Shi’ite forces have been gathering ahead of the offensive. Spokesmen for the Iraqi army and the Popular Mobilisation forces could not be immediately contacted for comment.

Islamic State fighters are enemies of all countries on earth, and many regional powers across the Middle East have claimed stakes in the fight against them. Part of the difficulty of managing the Mosul offensive is balancing the roles of the various local fighting forces and their foreign allies, to avoid breeding additional ethnic or sectarian hostility.

A big role for the Shi’ite militias, with their strong ties to Iran, could be particularly challenging for the United States and other countries suspicious of Iranian influence.

The Shi’ite offensive on Tal Afar will target an area which is close to Turkey and home to a sizeable population of ethnic Turkmen, with historic cultural ties to Turkey.

Turkey’s Foreign Minister Mevlut Cavusoglu said this week his country, which has troops deployed north of Mosul inside Iraqi territory, will take measures if there is an attack on Tal Afar.

The population of Tal Afar was a mix of Sunni and Shi’ite ethnic Turkmen until Shi’ites fled the town after Islamic State’s takeover two years ago.