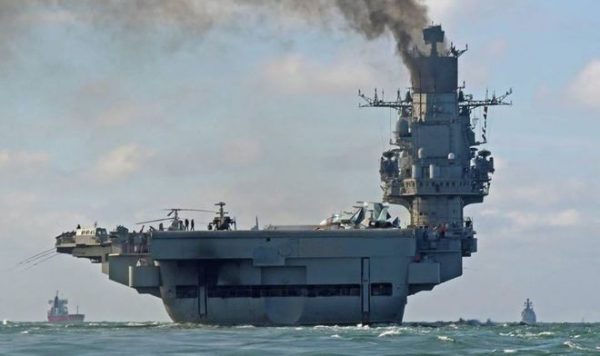 The Admiral Kuznetsov will join Russian warships already off the Syrian coast
Share:

Spain is coming under pressure from Nato allies not to allow the refuelling of Russian warships bound for Syria.

The Spanish government is now reviewing the permit for refuelling at its enclave of Ceuta in north Africa.

The UK said it would be “extremely concerned” if the refuelling went ahead.

Nato expressed concern that the ships could be used to help bomb civilians in Aleppo, but said the final decision on resupply rested with Spain.

The battle group has been sailing for the past week from Russia via the English Channel to the Mediterranean. It was expected to pass through the Strait of Gibraltar on Wednesday.

The warships were then due to take on fuel and supplies at Ceuta on the Moroccan coast.

“The latest stopovers which have been requested are now being revised, based on the information which we are receiving from our allies and from the Russian authorities themselves,” a statement from Spain’s foreign ministry said.

The ministry added that Russian ships have been a frequent user of Ceuta since 2011 and that each request was considered on a “case by case basis”.

Nato’s Secretary-General Jens Stoltenberg warned that warships could be used to target civilians in Syria. 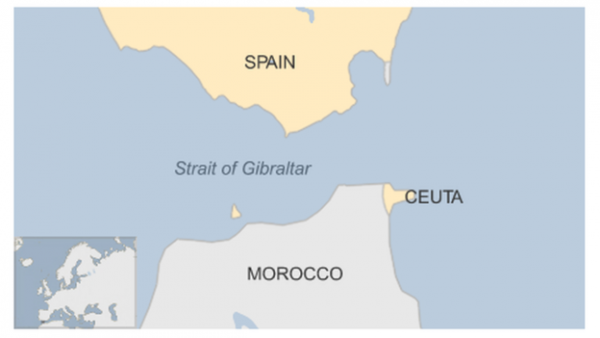 “We are concerned and I have expressed that very clearly about the potential use of this battle group to increase Russia’s ability and to be a platform for air strikes against Syria,” he told journalists on Tuesday.

“The concern is that the Kuznetsov carrier group can be used as a platform for increased airstrikes against civilians in Aleppo.”

But he added that it was “for each nation to decide whether these ships can get supplies and fuelling and be fuelled in different harbours along the route towards the eastern Mediterranean.”

The British Defence Secretary, Michael Fallon, said: “We’d be extremely concerned that any Nato member should consider assisting a Russian carrier group that might end up bombing Syrian civilians.”

“On the contrary, Nato should be standing together.”

Former British Defence Minister Sir Gerald Howarth, who told the Telegraph that it would be “wholly inappropriate” for a Nato member to refuel the Russian vessels;
Lord West, a former head of the Royal Navy, who also told the Telegraph: “There are sanctions against Russia and it’s an extraordinary thing for a Nato ally to do”;
Former Belgian Prime Minister Guy Verhofstadt, who said on Twitter the decision was “scandalous”.
Led by Russia’s only aircraft carrier Admiral Kuznetsov, the naval group includes a nuclear-powered battle cruiser, two anti-submarine warships and four support vessels, probably escorted by submarines.

The battle group carries dozens of fighter bombers and helicopters and is expected to join around 10 other Russian vessels already off the Syrian coast.

Some 2,700 people have been killed or injured since the Russian-backed Syrian offensive started last month, according to activists.

Western leaders have said Russian and Syrian air strikes on Aleppo could amount to war crimes, an accusation rejected by Russia.

About 250,000 civilians who live in Aleppo have been trapped by the fighting. Moscow announced last week a “humanitarian pause” in attacks as part of a plan to allow civilians and fighters to leave the area.