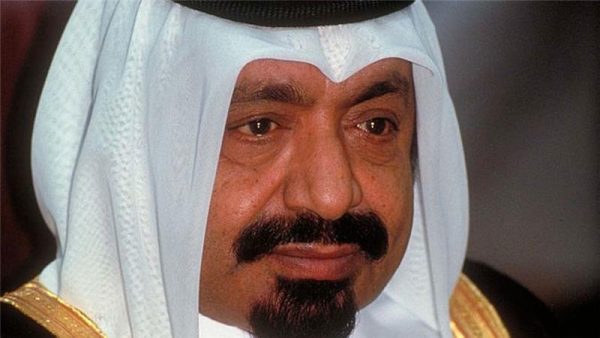 Qatar began three days of mourning on Monday after the death of former ruler , emir Khalifa bin Hamad Al-Thani, who oversaw the start of the country’s transformation into an energy powerhouse.

Prayers took place at the national mosque after which the former ruler, who was deposed in a bloodless coup in 1995, was to be buried in Al Rayyan on the western fringes of Doha.

Flags on official buildings flew at half-mast, and Arabic- and English-language newspapers printed their front page coverage of the death in black and white.

Many Qataris took to social media to express their condolences and the US ambassador in Qatar, Dana Shell Smith, gave a statement to local media saying she was “saddened to learn of the passing”.

A state visit by Venezuelan President Nicolas Maduro was due to go ahead on Monday, but a high-profile conference, involving senior FIFA and Qatar World Cup 2022 officials, scheduled for Tuesday was cancelled as a mark of respect.

However, schools remained open and roads were busy.

Before becoming ruler, Khalifa served as Qatar’s prime minister and was then a pivotal figure as the tiny emirate established itself as a major global energy producer and subsequently one of the richest countries in the world.

He took power from a cousin in February 1972, just months after Qatar gained independence from Britain.

– Deposed while in Europe –

He was also seen as a founding father of the Gulf Cooperation Council, the political and economic union incorporating the six states in the region.

But while on a private visit to Europe in 1995, Khalifa was deposed in a bloodless palace coup by his son, Sheikh Hamad bin Khalifa Al-Thani, who was defence minister at the time.

One year after his removal, an apparent failed coup was launched in Qatar and 19 people were subsequently charged in what was the country’s biggest ever trial and sentenced to death for trying to return Khalifa to power.

Khalifa himself remained in exile for almost a decade, living in France before returning in 2004 to Qatar where he kept a low profile and was rarely seen in public.

At the time he was deposed, Qatar’s population stood at around 490,000 people. Today, it is some 2.6 million, the majority of them foreigners.

Sheikh Hamad remained in power until 2013, overseeing further extraordinary economic growth and securing Qatar the rights to host the 2022 football World Cup, before handing over to Sheikh Tamim.

The former emir had four wives, five sons and 10 daughters.