Lebanon witnessed a day of rage by Apple farmers 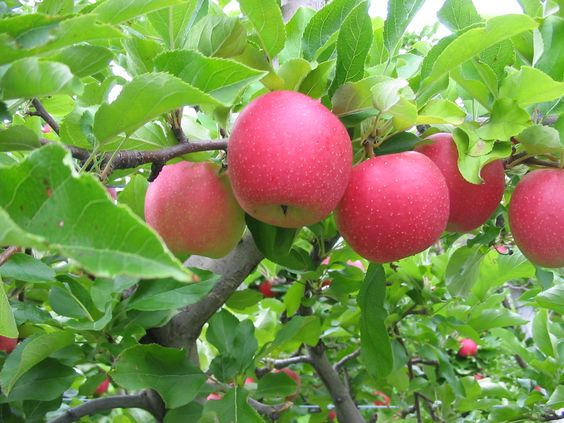 Saturday, October1 witnessed a day of rage by Apple farmers in Lebanon to pressure the Cabinet and concerned ministers to meet farmers’ demands and compensate them for their losses.

The head of the Lebanese Farmers’ Association Antoine Howayek called for a “day of rage” warning the government not to delay in meeting the demands of farmers.

“The farmers’ revolution to restore their rights and end injustice caused by the corruption of political and financial feudalism has just begun,” Howayek said in a statement released Thursday.

Farmers held protests in several Lebanese regions on Saturday demanding a government action to help them sell their products inside Lebanon and to foreign markets.

Apple farmers in the town of Barouk in the Chouf region of Mount Lebanon blocked the road in a move that was echoed in several other Lebanese regions on Saturday. 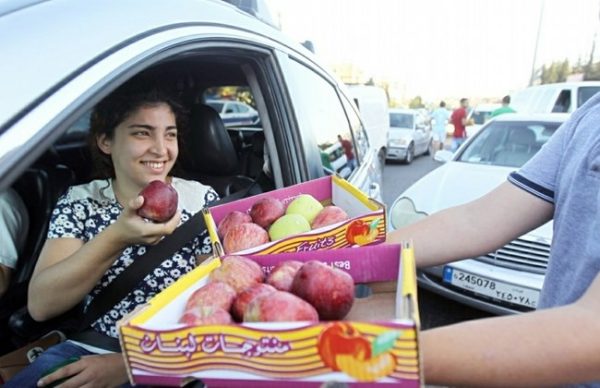 In the town of Tarshish in the district of Baabda the farmers chose another way for their protests as they gave apples away to passersby.

Early this week, the farmers in the city of Jbeil, north of Beirut, kicked off similar sit-ins.

The farmers blocked the Jbeil highway leading to Beirut, and threw their apples on the road blocking the traffic for a couple of hours.

After receiving assurances that a meeting with Prime Minister Tammam Salam and Agriculture Minister Akram Shehayyeb will be organized, the farmers reopened the road.

Lebanon recorded a slow growth in its agricultural sector and is attributable to the Syrian crisis because a good percentage of the agricultural products were exported to Syria or through Syria to other Arab countries and the Gulf States.

Howayek said apple farmers are calling on the state to support them by purchasing apple crates, weighing 20 kilograms, for $5.30 each.

Agriculture Minister Akram Chehayeb said Tuesday that Lebanese apple farmers may be able to export their produce to Jordan by the end of October. He mentioned that there was another possible export destination – Moscow – but lamented its high costs.

He announced a decision Monday that would prevent companies from importing certain produce without prior approval.

According to the ministry’s decree, importers of frozen apples, pears, and potatoes will now be required to obtain a license from the Agriculture Ministry.

Chehayeb blamed the overall situation in the region, including the closure of Lebanon’s border with Syria and climate change, for the apple farmers’ grievances.

The Syrian regime always used for decades the border crossings to blackmail the Lebanese truckers.

There are so many ways to bypass the border specially because Lebanon has an advantage of being at the Mediterranean sea and has several ports that could be used for shipping to any place in the world , even to Syria.

The sad part about the whole affair is that Lebanon started dealing with the issue back in 2013 but someone must have dropped the ball since.

Mohammad Saleh, the head of the chamber, said the first roll-on-roll-off ship took 5 days to reach the port of Aqaba , Jordan

“The escalation of the Syrian crisis and the difficulty of shipping Lebanese products through the country … forced us to launch this initiative ,” a statement by the chamber said and added that each week 2 ships will leave from Sidon .

“Lebanese trucks will be able to continue their trips to destination countries using the same land routes as before,” the statement added.

Antoine Howayek, head of the Lebanese Farmers’ Association, praised the step, which he said was very positive .

Howayek said back then the cost per truck for the trip to Aqaba would be $2,000, which he said was higher than the cost of land shipment.

“A subsidy of $1,000 [per truck] would boost the competitiveness of Lebanese produce in the Gulf Cooperation Council, where competition has been increasing for several kinds of produce,” he said.

Howayek was not even back then optimistic about future exports via Syria.

“It is really important that we continue putting contingency plans, that deal with the closure of the Syrian borders before exporters. At least for now,” he said.

Editor’s note: It is worthwhile to note that Ya Libnan has been calling for using the sea as an alternative export route for over 10 years.