Obama doesn’t seem to have a ‘Plan B’ for Syria after the failed ceasefire? 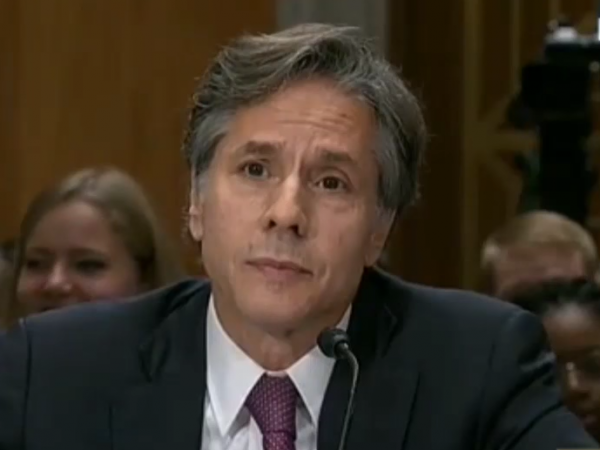 US Sen. Bob Corker who chairs the Senate Foreign Relations Committee
Share:
A senior Obama administration official stumbled Thursday when pressed on the US plan to deal with the crisis in Syria, appearing unable to provide details about what comes next after a failed ceasefire.

Sen. Bob Corker, a Republican from Tennessee and the chair of the Senate Foreign Relations Committee, repeatedly pressed Deputy Secretary of State Antony Blinken during a committee hearing.

The US has been searching for a way to help resolve a five-year civil war between the regime of Syrian President Bashar al-Assad and rebel groups that has caused the deaths of hundreds of thousands of civilians and led to the proliferation of extremist groups like ISIS inside the country. But a ceasefire deal brokered with Russia earlier this month fell apart.

Blinken seemed unsure of the specifics of the so-called Plan B.

“In the first instance, Plan B is the consequence of the failure as a result of Russia’s actions of Plan A,” he said. “In that, what is likely to happen now is if the agreement cannot be followed through on and Russia reneges totally on its commitments, which it appears to have done, is this is going, of course, to be bad for everyone, but it’s going to be bad first and foremost…”

Corker cut him off, asking for more specifics.

“I want to hear about Plan B,” Corker said. “I understand all the context here.”

“I think, sir, this is important because Russia has a profound incentive in trying to make this work,” Blinken said. “It can’t win in Syria. It can only prevent Assad from losing. If this now gets to the point where the civil war actually accelerates, all of the outside patrons are going to throw in more and more weaponry against Russia. Russia will be left propping up Assad in an ever-smaller piece of Syria under constant assault…”

“I understand that,” he said. “What is Plan B? Give me the elements of Plan B.”

Blinken tried again, but was still vague on details.

“Again, the consequences I think to Russia as well as to the regime will begin to be felt as a result of Plan A not being implemented because of Russia’s actions,” Blinken said. “Second, as I indicated, the president has asked all of the agencies to put forward options, some familiar, some new, that we are very actively reviewing. When we are able to work through these in the days ahead, we will have an opportunity to come back and talk about them in detail.”

This is a familiar criticism of the Obama administration’s Syria policy.

Mutasem Alsyofi of the Syrian Civil Society Declaration Initiative said in a statement last week that Secretary of State John Kerry wasn’t able to articulate a coherent plan for Syria when he met with a Syrian delegation in New York City.

“Kerry’s plan is to do more of the same — despite the repeated failure of US attempts to strike a deal with Russia,” Alsyofi said. “Syrians need a clear guarantee that the continued killing of civilians will be met with action to protect civilians. We do not need further failed agreements with Russia.”

The US recently worked with Russia to implement a ceasefire between the Assad regime and rebels in Syria, excluding extremist groups. But the deal — referred to as “Plan A” during Blinken’s testimony — fell apart before it was seen through to completion.

The Wall Street Journal reported on the administration’s “Plan B” for Syria earlier this year, citing unnamed US officials who described a covert operation to provide moderate rebels with more powerful weapons. Blinken did not mention such a program during his testimony.