Iran openly recruiting Shiite volunteers to fight against the Sunnis 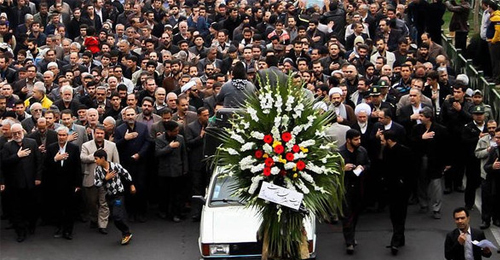 Funeral for some of the Iranian Revolutionary Guards members and Afghan mercenaries killed in Daraa , Syria
Share:

By Bozorgmehr Sharafedin and Babak Dehghanpisheh

Abandoning a long-standing reticence, Iranians are increasingly candid about their involvement in Syria’s war, and informal recruiters are now openly calling for volunteers to defend the Islamic Republic and fellow Shi’ites against Sunni militants.

With public opinion swinging behind the cause, numbers of would-be fighters have soared far beyond what Tehran is prepared to deploy in Syria, according to former fighters who spoke to Reuters, and commanders quoted by Iranian media.

Iran has been sending fighters to Syria since the early stages of the five-year war to support its ally, President Bashar al-Assad, in the struggle against Sunni rebels backed by Gulf Arab states and Western powers.

Once Tehran described these forces as military “advisers” but with around 400 killed on the battlefield, this discretion has slipped and several thousand are now believed to be fighting Islamic State and other groups trying to topple Assad.

Many Iranians initially opposed involvement in the war, harboring little sympathy for Assad. But now they are warming to the mission, believing that Islamic State is a threat to the existence of their country best fought outside Iran’s borders.

“The first line for the security of Iran is Syria and Iraq,” a would-be volunteer named Mojtaba told Reuters by email from Tehran. Mojtaba, who asked that he be identified by only his first name, said he had been trying in vain to get out to fight in Syria for the past two years.

While Islamic State still holds large areas of Syria and Iraq, it has so far failed to stage attacks in neighboring Iran like it has in Turkey.

Nevertheless, Iranian media have reported the breaking up of cells linked to the jihadist group at home, and the large numbers of people such as Mojtaba willing to join the battle in Syria suggest Tehran has the stamina to pursue its involvement there for years if it wishes.

“DEFENDERS OF THE SHRINE” 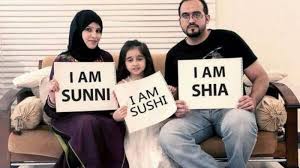 Iran alludes to its fighters in Syria as “defenders of the shrine”, a reference to the Sayeda Zeinab mosque near Damascus, which is where a granddaughter of the Prophet Mohammad is said to be buried, as well as other shrines revered by Shi’ites.

It is casting its recruitment net wide. As well as Iranians, it has gathered Shi’ites from Lebanon, Iraq, Afghanistan and Pakistan to battle the Syrian opposition in what has become a sectarian conflict.

Brigadier General Mohsen Kazemeini, the Revolutionary Guard Corps commander for greater Tehran, said last month there were so many volunteers that “only a small number of them are sent to (Syria)”, according to the Defa Press site.

Fighters killed in Syria are praised as heroes on state television and given lavish funerals. Iranian wrestler Saeed Abdevali dedicated the bronze medal he won at the Rio Olympics to the families of “defenders of the shrine” who have been killed.

Some volunteers, disappointed at the long waiting list, take a shortcut. They fly directly to Damascus and volunteer at the Sayeda Zeinab shrine, according to postings on Modafeon, a web site dedicated to news and pictures of the “defenders”.

The potent message of protecting the shrines has drawn in Shi’ite Afghans, some of whom live in Iran and others in Afghanistan. These Afghans fighting in Syria under the supervision of the Revolutionary Guards are known as the Fatemiyoun.

A 26-year old Afghan student living in Mashad in northeast Iran described how he was sent with other Fatemiyoun to fight in Damascus and Aleppo for about 45 days after limited training.

“My motivation is the same as the Iranians,” the student, who asked not to be identified because of security concerns, said. “We are both fighting in Syria, so it shows our cause is far beyond geographic borders. We are fighting to defend our sacred beliefs and Shi’ite ideology.”

Asked if he thought Iranian society had grown more welcoming to those who fight in Syria, he said “One hundred percent. When I was deployed, people were saying that they were doubtful if our fight would change anything. But now they respect the fighters more, as they are more familiar with the threats the rebels in Syria and Iraq can cause to Iran.”

He said that pay, or the promise of gaining Iranian citizenship upon their return from the battlefield, are also incentives for some Afghans to volunteer. The Afghan fighters get about $450 a month, according to a Fatemiyoun commander interviewed by the Tasnim news site.

Senior officials regularly discuss the role of the Revolutionary Guards and Iranian special forces in Syria in terms of confronting the existential threat that mostly Shi’ite Iran faces from Sunni militant groups such as Islamic State, which is also known as ISIS.

Karim Sadjadpour, an Iran expert at the Carnegie Endowment for International Peace in Washington, said this appealed more to public opinion than support for Assad.

“Fighting Shi’ite-hating bloodthirsty ISIS jihadists is easier to sell to Iranians than wasting billions on a ruthless dictator who gasses his population,” he said.

A video regularly featured on Iranian state television shows a group of children wearing fatigues and combat boots singing about a religious duty to fight in Syria.

“The red lines around the shrine are made of my blood,” they sing. Children under 18 may go to Syria to serve in non-combat support roles as long as they are accompanied by a guardian, according to postings on the Modafeon web site.

Supreme Leader Ayatollah Ali Khamenei has described the wars in Syria and Iraq, where Iranian-backed authorities are also fighting Sunni militants, as crucial to the survival of the Islamic Republic. If Iranians had not gone and died fighting there, “the enemy would enter the country”, he said,

This perception has won over many doubters. Sasan Sabermotlagh, a 34-year-old decorator in Tehran, said he was initially “100 percent” against the war, but he and many others he knows had changed their mind.

Despite Iran’s often fraught relations with the West, Sabermotlagh cited attacks staged by Islamic State in Europe in recent months. “Now that people completely know (Islamic State) and after the incidents in France, Germany and elsewhere, you can say that 90 percent of the people who criticized the ‘defenders of the shrine’ don’t anymore,” he said.

Sabermotlagh even considered joining the fight. “When I see the videos and the pictures it has a big effect on me,” he said. “I think if (Islamic State) or a similar group find their way to Iran then we will suffer similar things.”

The presumed glory of the war is such that some people invent military service records to gain others’ admiration. In August, Iran arrested four men in Mashad “accused of trying to attract young people’s attention by putting together fake stories about their presence on the frontline”, a local judiciary official was quoted as saying by Tasnim news agency.