Hariri in Saudi Arabia to finalize the sale of Saudi Oger 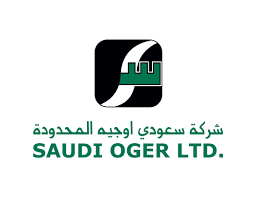 Former Lebanese Prime Minister MP Saad Hariri is reportedly in Saudi Arabia to finalize the sale of his company Saudi Oger Ltd. to the Saudi Government

Oger has been hit hard by a slowdown in the Saudi construction sector due to low oil prices and state spending cuts. This is the reason why wage payments to thousands of its workers have been delayed for months, according to Saudi media and the workers themselves.

The Arabic language Al Akhbar newspaper quoted unnamed sources last week as saying that talks between Hariri and the Saudi government were in their final stages.

“The agreement, expected to be reached within 10 days, would centre on the government or businessmen from the ruling family taking ownership” of the company, the newspaper said.

The newspaper said Hariri was negotiating to keep a stake in the company, proposing to keep 40 percent.

According to business sources the delays in payments by the Saudi government to Oger is the main reason behind the failure of the company to pay its workers on time. Several other companies were affected and are reportedly struggling to come up with the funds needed to pay their workers.

Saudi Oger, the once-mighty construction giant that was incorporated in 1978 in Riyadh Saudi Arabia, by the late Rafik Hariri , father of Saad , employs around 50,000 people of various nationalities.

Saudi Oger has built some of the most prestigious complexes in Riyadh, including the palatial Ritz-Carlton hotel.