Ukraine’s military near Crimea on alert amid Russia tensions 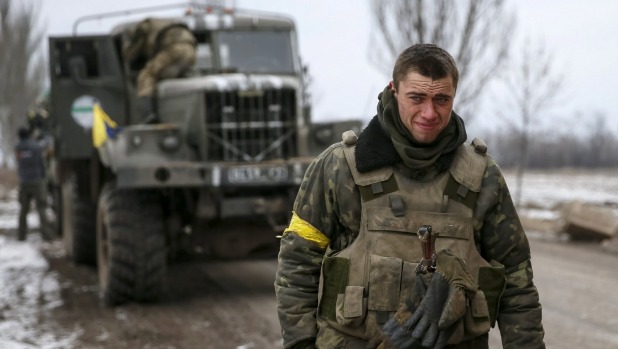 Ukrainian President Petro Poroshenko on Thursday put the military on a heightened state of alert along the frontier with Crimea after Russia accused Kiev of making attempted incursions into the annexed region.

Moscow’s FSB security service said Wednesday it had thwarted “terrorist attacks” by Ukraine’s military on the Black Sea peninsula that Russia seized from Ukraine in March 2014.

Poroshenko said he met Ukraine’s top brass as well as foreign ministry officials to discuss the latest flareup in tensions between the two ex-Soviet foes.

“I ordered a high-alert level on the administrative line with Crimea and contact line in eastern Ukraine,” he tweeted.

Russian President Vladimir Putin also held a meeting Thursday with security chiefs to discuss “additional measures for ensuring security for citizens and essential infrastructure in Crimea,” the Kremlin said in a statement.

The Russian security service said one of its officers was killed in armed clashes while arresting “terrorists” on the night of August 6-7.

It said another Russian soldier died in a firefight with “sabotage-terrorist” groups sent by the Ukrainian military on August 8.

Poroshenko had on Wednesday dismissed Moscow’s claims as “senseless and cynical”.

“These fantasies are only another pretext for the next military threats toward Ukraine,” he said in a statement.

Russia’s annexation of Crimea came just weeks after the ouster of Ukraine’s Moscow-backed president in a pro-EU revolt that claimed more than 100 lives.

The seizure provoked stiff economic sanctions imposed against Russia by Kiev’s Western allies and was followed by a pro-Moscow insurgency in eastern Ukraine that has killed more than 9,500 people since April 2014.

Russia denies Western charges it is backing the conflict in retaliation for Ukraine’s shift out of its orbit.