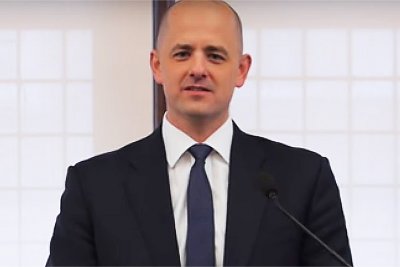 Share:
Conservative Republicans have recruited a former CIA staffer and top House GOP aide to launch an independent White House bid — and he could cause problems for Donald Trump in a key state if he gets on the ballot.

Evan McMullin opened his bid for the White House Monday morning, announcing on his website: “It’s never too late to do the right thing. And if we work together, there’s nothing we can’t achieve.”.

“Evan has spent his entire career in service to our nation and today he’s continuing on that path as a candidate for president — he is running first and foremost out of a deep love for this country, and because he understands the true brand of American leadership that is required to be Commander-in-Chief,” McMullin’s campaign wrote in a message to supporters.

McMullin, who had been the policy director for the House Republican Conference, is a longshot for the White House at best — facing high hurdles in the form of ballot access deadlines that have already passed in many states — but will offer anti-Trump conservatives an alternative to Trump and Clinton.

McMullin’s presence could be felt most in Utah, where anti-Trump conservatives rallied behind Ted Cruz in the primaries and McMullin has one week to make the ballot. Cruz beat Trump 69%-14% in Utah after Mitt Romney urged Republicans in the Mormon-heavy state to fight Trump.

McMullin is a graduate of Brigham Young University, the university owned and operated by the Mormon church, according to his LinkedIn profile.

Utah, which is typically a reliably red state in presidential contests, has emerged as a possible toss-up. If McMullin were to draw enough conservatives from Trump, he could possibly throw the state to Hillary Clinton.

McMullin worked for 11 years in the CIA, three years as an investment banker with Goldman Sachs, and as a top staffer on the Hill since 2013, according to his LinkedIn profile.

Anti-Trump Republicans, led by Weekly Standard editor Bill Kristol, stumbled in earlier efforts to recruit someone to run and some of Trump’s most vocal opponents, like Nebraska Sen. Ben Sasse, have ruled themselves out of running.
CNN