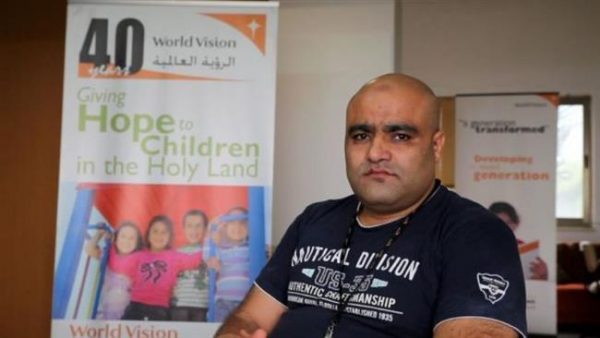 Israel’s internal security service has accused a senior official of one of the world’s largest Christian charities of funnelling millions of dollars to Hamas.

Mohammed Al Halabi, director of the Gaza branch of World Vision, is alleged to have used his position to siphon off up to US$50 million over the years to Hamas.

Shin Bet claims that money donated to help the needy was instead used to build a military base, dig military tunnels, pay salaries in the military wing of Hamas and buy weapons for the group in the Sinai during the year that Mohammed Morsi was president of Egypt, between July 2012 and July 2013.

Mr Al Halabi’s arrest was announced following a raid on World Vision’s offices this week, although he was reportedly detained on June 15 at the Erez crossing in Gaza while returning from routine meetings. He has been in custody every since.

On Thursday he appeared in court in Beersheba and was indicted on several charges, including funding terrorism. A spokesman for the Israeli foreign ministry alleges that the charity had been “negligent” for failing to notice what was going on.

World Vision said all its operations were properly audited and overseen, and described Mr Al Halabi as a well-regarded humanitarian.

Shin Bet claims that under interrogation, Mr Al Halabi, who is in his late 30s and grew up in Jebaliya in the Gaza Strip, admitted to having been a member of Hamas since his youth. It alleges that he was recruited by the military wing of the group in 2004 and given a specific mission “to penetrate an international aid organisation and exploit its resources” and was “planted” in World Vision in 2005.

It claims that most of World Vision’s resources in the Gaza strip – made up of donations from western countries including the United States, Britain and Australia – end up in the coffers of Hamas, ” to strengthen its terrorist arm”.

According to claims made by Shin Bet, Mr Al Halabi is supposed to have set up fictitious agricultural projects as cover. Greenhouse construction, restoration of agricultural lands, aid to fishermen, farmers’ associations, public health schemes and a treatment centre for the physically and mentally disabled were among the projects it alleges were bogus.

World Vision, which has its headquarters in Washington State in the US, employs more than 40,000 people in nearly 100 countries and operates an annual budget of around $3 billion.

The charity said it “stands by Mohammed, who is a widely-respected and well-regarded humanitarian, field manager and trusted colleague of over a decade. He has displayed compassionate leadership on behalf of the children and communities of Gaza through difficult and challenging times and has always worked diligently and professionally in fulfilling his duties”.

World Vision’s programmes in Gaza “have been subject to regular internal and independent audits, independent evaluations and a broad range of internal controls aimed at ensuring that assets reach their intended beneficiaries.”

The charity added that it was also impartial and neutral and “rejects any involvement in any political, military or terrorist activities”.