Being overweight in middle-age makes the brain age by 10 years, research by the University of Cambridge has found.

The study, which scanned 473 brains, found changes in the brain structure of overweight people which are normally seen in those far older.

The volume of white matter – the tissue that connects areas of the brain and allows information to be communicated between regions – shrunk far more in those with a Body Mass Index above 25.

Shrinkage of parts of the brain is associated with a higher risk of cognitive decline and dementia. 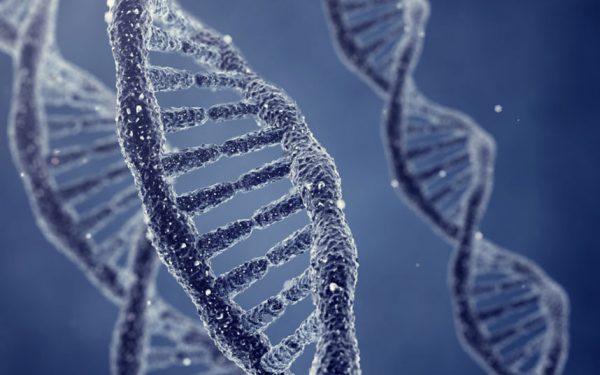 Dementia is a loose term used to describe different degenerative disorders that trigger a gradual loss of brain function – thinking, remembering and reasoning.

Is it the same as Alzheimer’s?

Alzheimer’s is the most common form of dementia, accounting for around 62 per cent of all diagnosed cases.

In most people, symptoms first appear in their mid-60s. An estimated 850,000 people in the UK have dementia, with the number set to rise to more than a million by 2025.

Is there a cure?

The disease is progressive and currently incurable, though there are treatments to reduce the symptoms. In the end it robs the sufferer of the ability to carry out the simplest tasks.

The causes are still not completely understood. Scientists believe genetic, lifestyle and environmental factors all play a role.
The Cambridge Study found no differences in cognitive skills when participants underwent IQ tests.

But the men and women will be scanned as they get older, to check for changes which indicate mental decline.

Human brains naturally shrink with age, but scientists are increasingly recognising that obesity – already linked to conditions such as diabetes, cancer and heart disease – may also affect the onset and progression of brain ageing.

In the study of people aged between 20 and 87, researchers looked at the impact of obesity on brain structure across the adult lifespan.

Researchers divided the groups into two categories: lean and overweight, depending on whether their BMI was above or below 25.

We don’t yet know the implications of these changes in brain structure. “Clearly, this must be a starting point for us to explore in more depth the effects of weight, diet and exercise on the brain and memory.”Professor Sadaf Farooqi, from the Wellcome Trust-Medical Research Council Institute of Metabolic Science at Cambridge,
They found striking differences in the volume of white matter. Overweight individuals had a widespread reduction in white matter compared with lean people.

Researchers only observed these differences from middle-age onwards, suggesting that brains may be particularly vulnerable during this period of ageing.

Candidates were recruited by the Cambridge Centre for Ageing and Neuroscience and the results are published in the journal Neurobiology of Aging.

Lead researcher, Dr Lisa Ronan from the Department of Psychiatry at the University of Cambridge, said: “We found that those who were overweight had significantly smaller volume of white matter compared with their lean counterparts – amounting to a difference of 10 years.”

Scientists expected to see differences in cognitive abilities, but these were not shown in the tests, which will be repeated as participants get older.

“As our brains age, they naturally shrink in size, but it isn’t clear why people who are overweight have a greater reduction in the amount of white matter.”

Professor Paul Fletcher, from the Department of Psychiatry, said: “We’re living in an ageing population, with increasing levels of obesity, so it’s essential that we establish how these two factors might interact, since the consequences for health are potentially serious.

“The fact that we only saw these differences from middle-age onwards raises the possibility that we may be particularly vulnerable at this age.

“It will also be important to find out whether these changes could be reversible with weight loss, which may well be the case.”

The report’s co-author Professor Sadaf Farooqi, from the Wellcome Trust-Medical Research Council Institute of Metabolic Science at Cambridge, said: “We don’t yet know the implications of these changes in brain structure.

“Clearly, this must be a starting point for us to explore in more depth the effects of weight, diet and exercise on the brain and memory.”

The research was supported by the Bernard Wolfe Health Neuroscience Fund, the Wellcome Trust and the Biotechnology and Biological Sciences Research Council.