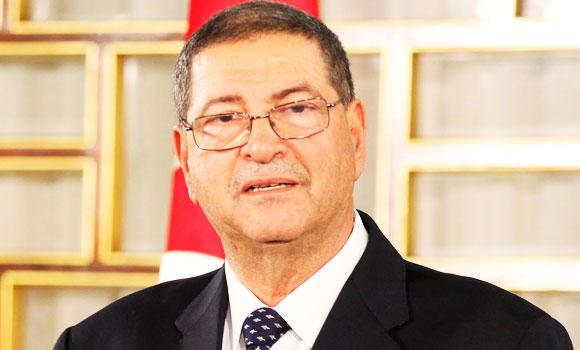 The no-confidence motion was passed by 118 votes, easily crossing the country’s 109-vote threshold after a debate that stretched late into the night. Although the result was expected – Essid had faced criticism from across Tunisia’s political spectrum – the vote was a mark of the instability which has bedeviled the North African country since it kicked off a wave of pro-democracy rebellions across the Arab world in 2011.

Parliament President Mohamed Ennaceur told lawmakers that Tunisia was “living through a difficult situation that demands sacrifices from all” and added that “we must now look to the future to return hope to all Tunisians.”

Unlike fellow Arab countries such as Egypt, Yemen Syria and Libya – whose revolts have degenerated into coups or anarchic civil conflicts – Tunisia has maintained its parliamentary democracy in the face of jihadi attacks, inflation, and stubbornly high unemployment rates.

But the difficulties have steadily sapped the authority of Essid, whose position has also been undermined by political maneuvering within Tunisia’s secular Nida Tounis party and pressure from the country’s president, Beji Caid Essebsi, who called for a new national unity government last month.

Essid said that he would do his best to make sure the transition to the new government was a tranquil one. Despite fierce criticism of his government during an extraordinary parliamentary session, he said that the debate “consecrated Tunisia’s nascent democracy.”

“Despite the serious problems our country faces, we have no fear for Tunisia which has the resources to face up to the challenges,” he said, before being given a standing ovation by the lawmakers who’d ousted him.

Constitutional law expert Nawfel Saied said that the no confidence vote, although unprecedented in the country’s short history with democracy, was actually a positive point. Similar mechanisms exist in other parliamentary democracies, he said.

He suggested the move could result in a more prominent role for the more religiously oriented Ennahda party, which currently has the largest number of seats in parliament following defections and splits within Nida Tounis.

That’s because Essebsi now has a month to pick a new prime minister, who in turn has a month to appoint a cabinet which has to be presented to parliament.

The president “will have a central role to play in this delicate political operation, which needs the support of various political parties, especially the Islamist Ennahda party,” he said.