Hot air balloon with 16 aboard crashes in Texas; no survivors 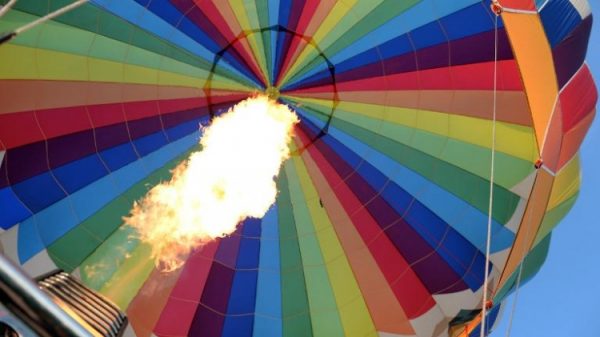 A hot air balloon believed to be carrying 16 people caught fire in the air and crashed in central Texas on Saturday morning, killing everybody on board, federal and local authorities said.

The balloon may have struck power lines when it went down around 7:30 a.m. in pastureland near Lockhart, about 30 miles south of Austin, in an area often used for balloon landings, a county judge and public safety source told CNN.

“First I heard a whoosh,” Margaret Wylie, who lives near the crash site, told CNN affiliate TWC. “And then a big ball of fire (went) up. I’d say it got as high up as those lower electric lines.”

If investigators confirm 16 people died, the crash will be the most fatal hot air balloon accident in United States history.
The hot air balloon rests on the ground near Lockhart, Texas.

Federal Aviation Authority officials said the balloon carrying 16 people caught fire before crashing, but provided few other details. The Caldwell County Sheriff’s Office said nobody on board survived.
Caldwell County Judge Ken Schawe said it looks like the balloon collided with a power line before catching fire and crashing to the ground.
A source with the Texas Department of Public Safety earlier told CNN’s Polo Sandoval that investigators believe the hot air balloon struck power lines and caught fire. This is the preliminary working theory, the source said.
Reported as a vehicle crash

Law enforcement officers responded to a 911 call at 7:44 a.m. (8:44 a.m. ET) about a possible auto accident in the Maxwell area, according to a statement on the Caldwell County Office of Emergency Management’s Facebook page. Officers found the balloon basket on fire on the ground, the statement said.
The FAA and National Transportation Safety Board are investigating.
The NTSB says it is working with the FBI to document the crash site, which was secured like a crime scene for evidence collection. Authorities have not named any of the people on board.
The name of the company involved in the crash is Heart of Texas Hot Air Balloon Rides, an official with direct knowledge of the investigation told CNN’s Rene Marsh. CNN was unable to reach anyone at the company for comment.
Balloon flights originate in several locations in central Texas and go to dozens of destinations at $399 per passenger, the company says on its website.
NTSB spokesman Christopher O’Neill said 16 was the maximum number of passengers allowed under federal regulations governing hot air balloon operations.

‘A safe, competent pilot’
Philip Bryant, a balloon pilot, told CNN he knew the pilot of the balloon that crashed.
“I knew him to be a safe, competent pilot,” Bryant said. “He has done this for a very long time.”
Bryant said he’d also been told the balloon hit power lines.
“I don’t know what would distract a pilot from seeing what was in front of him, but in this case that’s apparently what happened,” he said.
O’Neill provided a timetable for part of the investigation.
Several days will be spent on field work — interviewing people and gathering evidence at the scene. Seven to 10 days after field work ends, the agency will issue a preliminary report “that’s basically a snapshot of what facts do we know at that point in time.” The preliminary report will not include a probable cause of the crash, he said.

Gov. Greg Abbott and U.S. Sen. Ted Cruz of Texas extended condolences to the families of the people killed in the crash.
“As always, Texans are strong in the face of adversity, and we all stand together in support of the families and entire Lockhart community as they respond to and begin to heal from this terrible incident,” Cruz said in a statement.
The highest number of deaths in a single hot air balloon crash in the country before Saturday was six, in a 1993 accident in Colorado, according to the NTSB.
In 2013, 19 people died in a hot air balloon crash in Egypt, near the ancient city of Luxor. That was the world’s most fatal hot air balloon accident in at least 20 years.
CNN