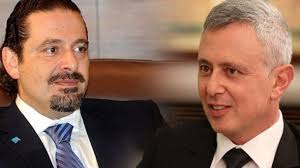 Marada Movement leader  MP Suleiman Franjieh stressed on Friday that his allies ( Hezbollah chief Hassan Nasrallah and Syrian president Bashar al Assad ) will not ask him to withdraw  his presidential bid  and vowed  to stay in  the presidential race till the very end and  as long as 1 MP supports his bid.

“My allies will not ask me to withdraw my nomination and my candidacy for the presidency still stands,” said Franjieh after a meeting he held with Speaker Nabih Berri in Ain el-Tineh.

Slamming media reports alleging that former PM and  and Future  Movement  leader MP Saad Hariri might reconsider his nomination for Franjieh, the latter said: “Hariri’s initiative with regard to the presidency still stands. Reports that my nomination has been withdrawn are untrue.”

Reports claimed recently that Hariri will soon agree on electing founder of the Free Patriotic Movement MP Michel Aoun instead of  Franjieh.

Hariri launched an initiative in late 2015 to nominate Franjieh for the presidency but his proposal was met with reservations from the country’s main Christian parties as well as Hizbullah.

The Lebanese parliament failed again earlier this month and and for the 42nd time in a row to elect a president to replace Michel Suleiman whose term ended on May 25 , 2014.