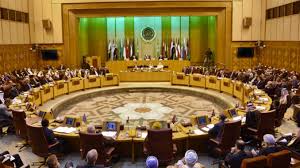 Nouakchott, Maratius—Security issues pressing Arab nations were the focal point of discussion during the Arab League summit held in Nouakchott, Mauritania on Tuesday.
The Nouakchott Declaration stressed Arab states’ commitment to “use the most effective means to protect Arab national security by developing mechanisms to fight terrorism in all its forms, promoting peace and security, encouraging dialogue and fending off hatred and extremism.”
Arab leaders expressed their desire to create environments free of extremism and violence by instilling values of solidarity among Arab states as well as by promoting human skills, fostering Arab scientific research and offering proper job opportunities for citizens.
The Nouakchott Declaration also voiced Arab leaders’ support to international and Arab humanitarian relief efforts aimed at assisting residents of war-stricken countries, as well as refugees, displaced persons and emigrants.
It also called for developing modern mechanisms to meet urgent humanitarian needs and assist countries that are receiving refugees.
On the nuclear level, Arab leaders reiterated the need for Israel to sign the Non-Proliferation Treaty (NPT) and impose international control over its nuclear program.
On the Palestinian issue, Arab leaders said that the Palestinian case should be at the core of their efforts, reiterating their commitment to support the struggle against the Israeli methodical aggression and deploying all efforts towards the establishment of fair and sustainable peace that would be based on the Arab Peace Initiative, the Madrid Peace Conference and the relevant international resolutions.

Arab leaders have welcomed the French initiative that called for holding an international peace conference that would lead to the establishment of a Palestinian sovereign state with East Jerusalem as its capital within a specified timeframe.
They also called on the international community to implement international resolutions that would end the Israeli occupation and achieve the Israeli forces’ withdrawal from the entire Arab occupied territories, including the Syrian Golan Heights and occupied areas in South Lebanon.
On the situation in Libya, the Nouakchott Declaration called on the conflicting parties to deploy all possible efforts to rebuild the country and face terrorist groups.
Arab leaders have also urged the warring parties in Yemen to reach positive solutions at the ongoing Kuwait peace talks. They added that the current meetings held in Kuwait should be an opportunity to promote peaceful dialogue that would hopefully result in the establishment of stability and security in the war-torn country.
The Nouakchott Declaration also hoped that a peaceful solution would be reached in Syria to restore the country’s sovereignty, unity and the dignity of the Syrian people.
It also expressed Arab leaders’ commitment to support Iraq in preserving its unity and security and in facing extremist groups and liberating territories controlled by IS.