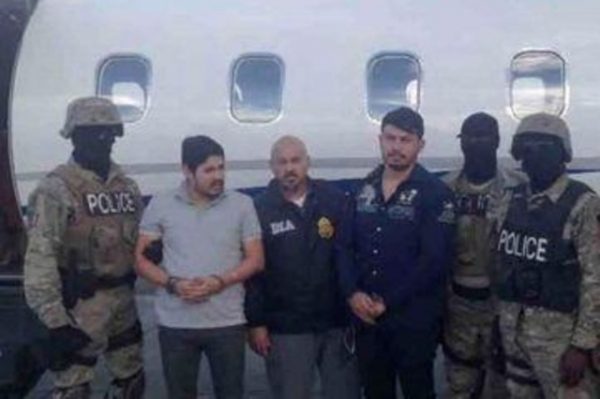 Two nephews of Venezuela’s first lady, who face charges of conspiring to import cocaine into the United States, confessed to U.S. agents after being arrested in November to being involved in the drug scheme, newly-filed court records state.

Details of the confessions by Franqui Francisco Flores de Freitas, 30, and Efrain Antonio Campo Flores, 29, were contained in documents U.S. prosecutors filed late on Friday in a Manhattan federal court.

The papers include summaries of U.S. Drug Enforcement Administration interviews conducted on a Nov. 10 flight to New York from Haiti, where authorities had arrested the two nephews of Venezuelan President Nicolas Maduro’s wife, Cilia Flores.

The summaries were filed as exhibits to a motion by prosecutors opposing a bid by the men to have their post-arrest statements suppressed on the grounds that they did not fully understand their rights under U.S. law to remain silent.[L1N19R13R]

Both men have been held without bail since their November arrest and indictment for conspiring to import cocaine into the United States.

According to the DEA records, Campo Flores said they planned to get the cocaine from an individual who was in turn supplied by the Colombian paramilitary group Revolutionary Armed Forces of Colombia (FARC).

Asked why he got involved in the deal, Flores de Freitas said: “To make money.” Specifically, he expected the first load to make $5 million, earning him $560,000, the records state.

Prosecutors said the pair had hoped a series of drug shipments they would be involved in would generate $20 million.

A lawyer for Campo Flores declined comment, while a lawyer for Flores de Freitas did not respond to a request for comment.

Prosecutors accuse the nephews of working with others to try to send 800 kilograms of cocaine from Venezuela to Honduras so that the drug could be imported into the United States.

The case is one of a series of enforcement actions and investigations by U.S. authorities which have linked individuals connected to the Venezuelan government to drug trafficking.

The nephews’ case has been an embarrassment for Maduro, who is embattled by a political and economic crisis in Venezuela.

In Friday’s motion, prosecutors said recorded conversations involving the cousins before their arrests suggested they lived lavishly in Venezuela.

Campo Flores was recorded saying he owned Ferraris, and that “ever since we started making money we’ve been flashy”.

But according to court records, Campo Flores told the DEA he did not have even $10,000 to his name and earned just $800 per week through taxis he owned in Panama.