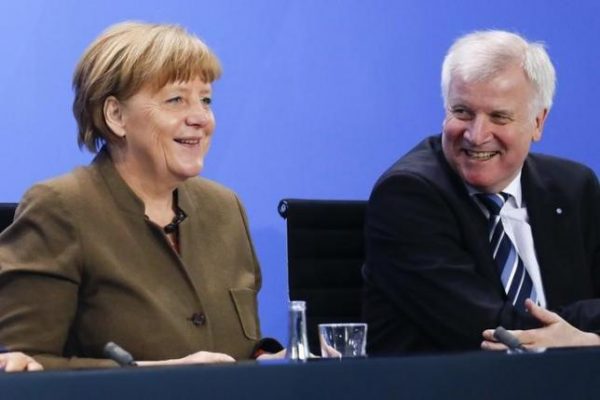 German Chancellor Angela Merkel’s Bavarian ally said on Sunday Turkey’s crackdown against opponents after a failed coup made him more skeptical about granting Turks visa-free travel to the European Union as promised in a migration deal.

The EU agreed a deal with Turkey in March intended to halt illegal migration flows to Europe in return for financial and political rewards for Ankara.

Horst Seehofer, leader of the Christian Social Union (CSU), the sister party of Merkel’s Christian Democratic Union (CDU), told ARD public television that he had doubts about ending visa requirements for Turks even before the latest events.

“And (these doubts) now have become even stronger,” Seehofer said, adding that the Turkish government had to stick to democratic principles and the rule of law when dealing with supporters of the failed coup.

Turkey has rounded up 6,000 members of the armed forces and judiciary following a failed coup that has left at least 265 people dead.

German Justice Minister Heiko Maas warned Turkey that its response would also complicate negotiations on Ankara’s bid to become a member of the EU.

“It should be clear to President Erdogan: There won’t be a discount for Turkey (after the attempted coup),” Maas told several regional newspapers in an interview published on Sunday.

“The one who restricts fundamental rights and the independence of executive, legislative and judicial powers is pushing the country away from the basic values of the EU,” Maas said in reference to Turkey’s bid to become a member.

Thomas Oppermann, the leader of Germany’s center-left Social Democrats (SPD) in parliament, accused Erdogan of weakening democratic principles and the rule of law.

“If thousands of judges and public prosecutors who obviously had nothing to do with the coup are getting removed, then this is an attack on the democratic state under the rule of law,” said Oppermann, a senior figure in the SPD which shares power with Merkel’s conservatives.

“Erdogan is abusing the failed coup as an excuse to clean the Turkish state apparatus of opponents of the AKP,” Oppermann said.