Young Iranians tell how easy it is to get banned alcohol 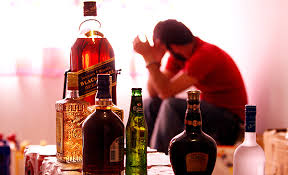 When Iran became an Islamic Republic in 1979, it became illegal to produce or consume any type of alcoholic beverage. This offence, to this day, is punishable by 80 lashes. Yet booze-fuelled parties are far from rare, and authorities say there are more than 200,000 alcoholics in the country? In fact, 150 Alcoholic Anonymous centres operate all over Iran, according to official statistics. So how, exactly, do Iranians get their hands on alcohol? We asked some of our young Observers in Iran.

According to estimates by Iran’s Health Ministry, Iranians drink at least 420 million litres of alcoholic drinks per year. Tehran police claim that half of the alcohol tests they carry out turn up positive.

“I make alcohol at home”

Dara (not his real name) lives in Babol, a small city in northern Iran. He is in his late twenties.

“I don’t drink very much – maybe once a week – but many of my friends drink heavily every night. Many people, including myself, make alcohol at home. You need a bit of space, and the process can give off a strong smell, so it’s easier to do in the countryside than in the city!

There are several different drinks you can make: wine, beer, cognac, and a kind of vodka-like moonshine that we call Aragh.

For the first three types, we follow recipes that are no different from those in other countries. For Aragh, we put raisins into a pressure cooker. Its steam rises into a tube that goes into a vat of cold water. The steam turns liquid, and that liquid is alcohol. The distillation process creates a beverage that contains at least 50 percent pure ethanol. When you make it at home, it will cost you about 150,000 rials [4 euros] per liter.”

Homemade alcohol is cheap and popular. It is easy to buy the necessary distillers, which are sold with the stated purpose of making perfume. However, this practice has its risks: homemade booze can go bad and lead to poisoning and even death. Such tragedies regularly make the news.

There are ways to get safer drinks, at a price. This is more common in big cities. Our Observer in Tehran, Taha (not his real name), who is also in his twenties, explains:

“I’m an athlete, so I don’t drink too often, but most of my friends drink at least once a week, and some quite a bit more. In Tehran, it’s quite easy to get your hands on quality alcohol. There are plenty of dealers. From the time you decide to find booze to the time you get it will only take about four hours at the very most.

It’s just like with any sort of dealer. You know a guy and call him, or if you don’t know a guy, you get recommended to one by a friend who is already a customer.

There is one last option: what we call cocktails, which are very strong drinks with 75% alcohol content, and just a bit of fruit flavouring – strawberry, banana, orange, etc. These are sold in the backroom of groceries, or in the front of pharmacies. There, they are sold as … disinfectant!”

According to many of the Observers we spoke to in Iran, while getting punished with lashes does happen, many people are able to pay a bribe to the arresting police officer in order to get out of the punishment.

Dealers sell alcohol that is for the most part smuggled in from abroad, particularly from Iraqi Kurdistan. These smugglers face just as much risks as smugglers who traffic in hard drugs or other forbidden items, for example satellite receivers. They frequently get shot at by police when they try to illegally cross the border into Iran.