Iran threatens to attack the Kurds 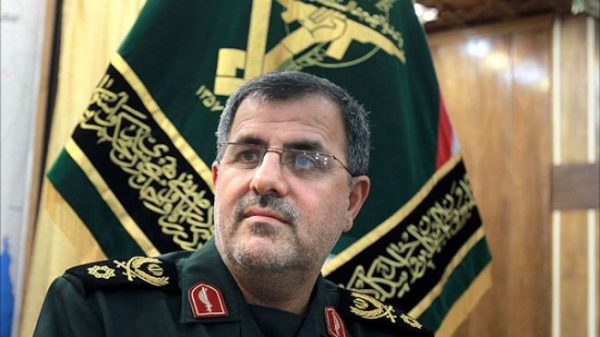 He stated, “I warn officials in northern Iraq to abide by their commitments… We will destroy any threat against the Islamic Republic’s [political] system without any hesitation.”

Clashes erupted this month between Kurdish fighters and Iran’s Islamic Revolutionary Guards Corps (IRGC), with each side claiming to have inflicted casualties on the other. The country’s heavily censored media have even reported the fighting and acknowledged fatalities on the government side. But why the sudden flare-up?

Who is fighting and how widespread is the violence?

The past two weeks of fighting have reportedly pitted official forces against members of the Kurdish Democratic Party of Iran (KDPI), with deadly clashes between the IRGC and Kurdish rebels in heavily Kurdish northwestern Iran, near the border with Iraq. Combat was reported on June 15-16 in Oshnavieh, in Iran’s West Azerbaijan Province. More fighting followed in the nearby Sarvabad, Mahabad, and Marivan regions.

On June 28, the IRGC said its forces had killed 11 Kurdish rebels in the Sarvabad region. An IRGC commander, Mohammad Hossein Rajabi, said three of his troops were also killed in the clashes. The KDPI claims that several of its fighters and more than 20 IRGC members have been killed, and it accuses Iranian forces of shelling villages on the border over the weekend.

What are the militants after, and why now?

The KDPI has been waging a battle for independence and greater rights for Iranian Kurds for decades. The KDPI’s military operations and confrontation with the Iranian regime surged following the 1989 assassination of the party’s leader, Abdol Rahman Ghassemlou. But the group, whose fighters are mostly based in northern Iraq, announced a cease-fire in 1997.

The fresh clashes follow an announcement by the KDPI’s secretary-general, Mostafa Hejri, urging Kurdish youths to join its ranks and unite “the struggle in the cities and in the mountains.” Hejri’s statement, made in March to mark the Persian New Year, Norouz, was interpreted as a call to renew the armed struggle against Iran. 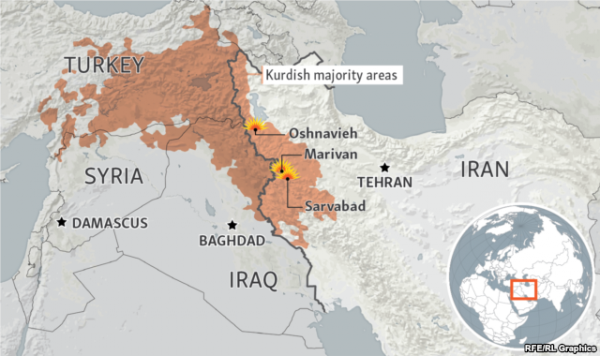 But KDPI officials have suggested that the group is merely trying to expand its contacts with Kurds inside Iran and recruit new forces.

“We are not trying to launch a war — the war with the Islamic republic [Iran] has been going on for the past 37 years,” Rostam Jahangiri, a member of the political office of the KDPI, told RFE/RL last week in a reference to the postrevolutionary establishment nearly four decades ago of Iran’s theocratic government.

Kamran Matin, a senior lecturer in international relations at the University of Sussex, says the KDPI claims it no longer has to sacrifice its own interests — meaning Iranian Kurds’ interests — to ensure the security of Iraq’s Kurdistan regional government.

“They feel it’s time for them to be present inside Iranian Kurdistan,” Matin says of the heavily Kurdish region of Iran. “It’s important to note that they don’t claim they have initiated a new round of armed struggle. They claim they simply send their troops to be present, they’re acting in self-defense. But then, in military terms, if an armed group is inside Iranian territory, it’s highly likely to be attacked by the Iranian security forces.”

“The leaders of this party believe that military activities — which according to their interpretation are defensive actions [against Iranian forces] — is a sign of a party’s dynamism that could strengthen their base within the population,” Rasoulpour says.

“In a way, in their eyes, armed struggle means that they’re active and that they can create challenges for the [Iranian] establishment,” he adds.

KDPI officials have signaled that the group’s fighters will continue their excursions into Iranian territory.

What are Iranian authorities saying publicly about the violence?

IRGC commanders have said they have been fighting “terrorists with ties to counterrevolutionary groups.” The IRGC has warned that its forces are carefully monitoring “any movement” in the border region and will not allow the “sustainable peace and security” of the people to be disrupted by “terrorists.”

The commander of IRGC ground forces, Mohammad Pakpour, has warned that Iran could launch raids on KDPI positions in Iraq’s Kurdistan region.

“Since the main bases of these terrorists is in northern Iraq, if they fail to act on their commitments not to engage in anti-security measures, their bases will be targeted wherever they are,” Pakpour was quoted as saying by domestic media earlier this week.

In 2011, Iran targeted the camps in Iraq of another Kurdish rebel group, the Party of Free Life Of Kurdistan (PJAK).