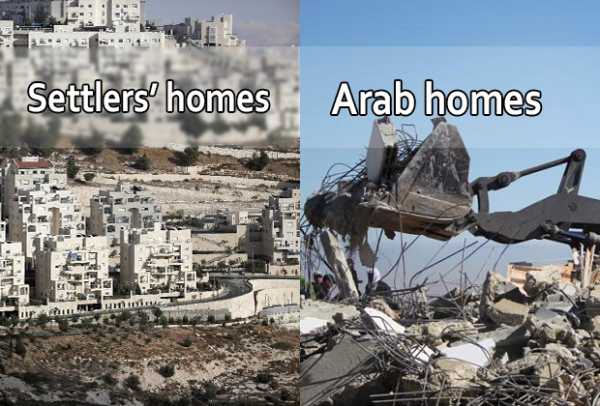 UNITED NATIONS (AP) — International mediators trying to promote Mideast peace warned in a highly anticipated report Friday that Israel’s settlement expansion is eroding the viability of a Palestinian state and raises “legitimate questions” about its commitment to a two-state solution.

The Quartet of Mideast negotiators – the U.N., U.S., European Union and Russia – also criticized the glorification of Palestinians who commit “terrorist attacks” against Israel and called on the Palestinian Authority to “act decisively” to stop incitement to violence and clearly condemn “all acts of terrorism.”

While the Israeli and Palestinian leaders and the majority of people on both sides support a negotiated two-state solution, the mediators expressed serious concern that continuing on the current course “will make this prospect increasingly remote.”

The Quartet called for immediate steps to reverse three trends that it says are “severely undermining hopes for peace” – Israeli settlement construction and expansion; the Palestinians’ lack of unity and the illicit arms build-up and militant activity in Gaza; and continuing violence, “terrorist attacks” against civilians and incitement to violence.

Without urgent action, the Quartet warned that “a one-state reality of perpetual occupation and conflict” will become entrenched, which “is incompatible with realizing the national aspirations of both peoples.”

Israel captured the West Bank, Gaza Strip and east Jerusalem in the 1967 Mideast War. It withdrew from Gaza in 2005, but nearly 600,000 Israeli settlers remain in east Jerusalem and the West Bank. The Palestinians claim all three areas for a future state, a position that has wide global support.

The Quartet, which is supposed to guide the two parties to peace, had been sidelined in peacemaking efforts, which the United States has led. But following Secretary of State John Kerry’s failure to broker a peace agreement in April 2014, the Quartet is now trying to take on a bigger role and give efforts to reach a peace deal much broader international backing.

In a statement released with the report, the Quartet invited Israel and the Palestinians “to engage with it on implementing its recommendations and creating the conditions for the resumption of meaningful negotiations that resolve all final status issues.”

Diplomats said it is significant that the United States, Israel’s closest ally, was a party to the report.

U.S. State Department spokesman John Kirby said “We would be open to having the (U.N.) Security Council welcome the report.”

But there is no indication the U.S. will support substantive council action, like threatening sanctions on those who fail to implement the report, which could put pressure on both sides to resume negotiations.

The initial response from the Palestinians showed no interest in engaging.

Palestinian official Saeb Erekat said the report on first reading “does not meet our expectations” because “it attempts to equalize responsibilities between a people under occupation and a foreign military occupier.”

He said the Palestinians will continue to insist that all previous agreements be implemented with a time frame including “a full cessation of Israeli settlement activities.” He urged the international community to support the French initiative for an international conference to spur peace efforts and the 2002 Arab peace initiative which promised peace and recognition of Israel in exchange for the creation of a Palestinian state.

Israeli Prime Minister Benjamin Netanyahu’s office said the government will continue to strive for a negotiated peace based on two states for two peoples and “will discuss with the Quartet envoys ways to explore moving toward this end.”

His office welcomed “the Quartet’s recognition of the centrality of Palestinian incitement and violence to the perpetuation of conflict.” In the 24 hours before the report was published, Palestinians carried out three attacks on Israelis leaving two dead and others wounded and the government said the Palestinians didn’t condemn them, instead referring to one attacker as a “martyr.”

Netanyahu’s office strongly rejected “the myth that Israeli construction in the West Bank is an obstacle to peace.” The government also rejected “any attempt to draw moral equivalence between construction and terrorism.”

The report not only calls for an end to settlement construction but on designating land for exclusive Israeli use and denying Palestinian development.

Area C comprises 60 percent of the West Bank, including the majority of agricultural land and natural resources, and the Quartet said Israel has unilaterally taken 70 percent of the area for exclusive Israeli use.

In other recommendations, the mediators urged the Palestinians to end the rift between President Mahmoud Abbas’ Fatah movement in the West Bank and the Islamic militant group Hamas in the Gaza Strip.

“Gaza and the West Bank should be reunified under a single, legitimate and democratic Palestinian authority,” the Quartet said.

It called for an end to the illicit arms buildup and militant activity by Hamas and urged Israel to accelerate access and movement to and from Gaza.