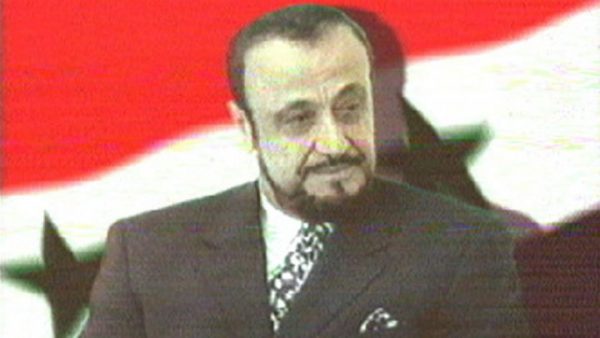 Rifaat al-Assad, who was Syria’s vice president in the 1980s, was placed under investigation in April for amassing a 90-million-euro ($100-million) fortune, including a stud farm and luxury apartments, despite being kicked out of Syria “with nothing” 30 years ago.

Sherpa, a Paris-based group that defends victims of corruption, told AFP the 78-year-old was charged on June 9.

The NGO had filed a joint criminal complaint with Transparency International in September 2013, alleging that Rifaat al-Assad illegally acquired “extraordinary wealth” in France through corrupt schemes and embezzlement.

Once a stalwart of the Syrian authorities, Rifaat al-Assad broke with his brother’s government in 1984 and reportedly has no links with the current regime, which is fighting in a civil conflict that has left more than 110,000 dead since it began in March 2011.

Before splitting from the regime, Rifaat al-Assad was accused of being responsible for the deaths of thousands during the crushing of a Sunni Islamist uprising in 1982.

The massacre in the town of Hama, by troops allegedly under Rifaat al-Assad’s command, left between 10,000 and 25,000 dead.

Rifaat al-Assad has denied any involvement and in 2011 dismissed allegations that he was behind the killings as “a myth”.

The criminal complaint accused him of acquiring wealth “in the billions of euros” through corruption, embezzlement of public funds, misuse of corporate assets and other crimes, noting that he had “no known professional activity”.

French media have reported that Rifaat al-Assad’s holdings include a mansion and several dozen apartments in Paris, with newspaper Le Monde estimating the total value of his estate in France at 160 million euros ($215 million).

Once considered a possible successor to his brother Hafez, Syria’s ruler between 1971 and 2000, Rifaat al-Assad fled to France after being placed under house arrest following a failed coup attempt.

His estrangement from the regime means that he has not been affected by the freezing of assets and travel restrictions imposed by the European Union against Bashar al-Assad’s inner circle.